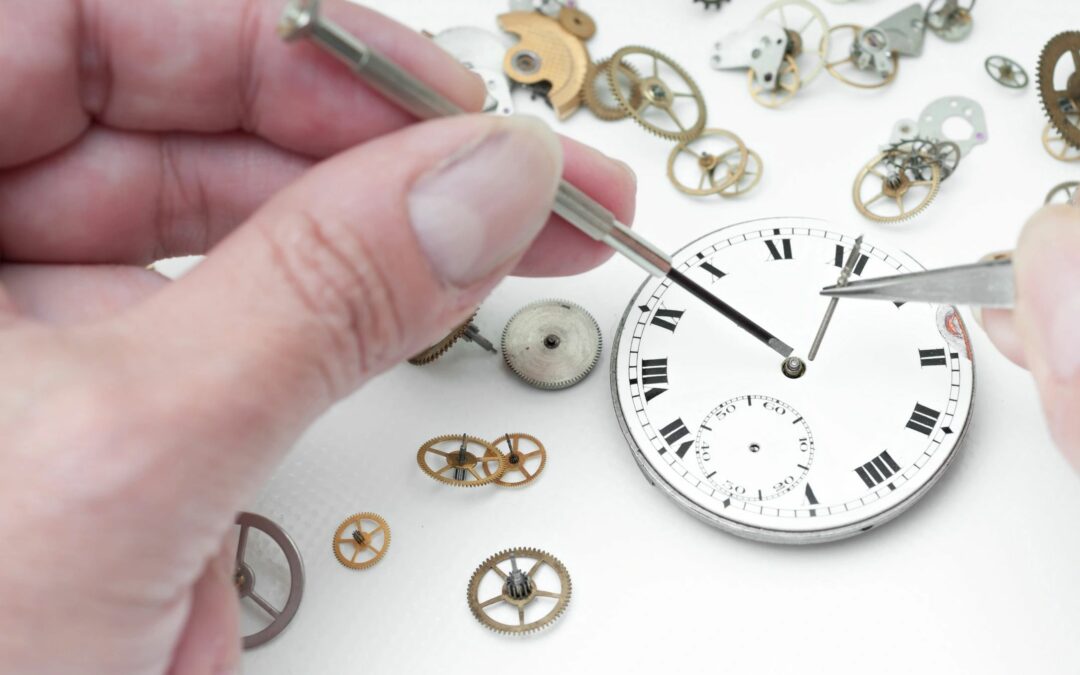 The Federal Circuit’s decision in Arthrex v. Smith & Nephew excited and disrupted the patent world.  (See, Jones Day Podcast recapping Arthrex decision and fallout.)  Inter partes review (IPR) reshaped patent law and patent litigation this decade after the America Invents Act took effect.  Arthrex exposed a crack in the foundation of IPRs — by finding the appointment of administrative patent judges (APJs) unconstitutional — and the patent world watches closely.  Whether the crack is major or minor remains to be seen.  The US government’s petition for rehearing en banc in Arthrex is due December 16, 2019.  Below is a timeline of developments from Arthrex on October 31 to the Government’s petition on December 16.  The timeline is followed by a description of each development.

Timeline of Developments – From Arthrex on Oct. 31 until Rehearing Petition on Dec. 16 (click to enlarge).

— October 31 —
Arthrex, Inc. v. Smith & Nephew, Inc., et al., No. 18-2140 (FC19):
The court found the appointments of APJs unconstitutional because, among other things, the judges do not receive sufficient oversight from the Director of the United States Patent and Trademark Office (USPTO).  The court cured the violation by severing a statutory restriction on the removal of APJs, which rendered the judges “inferior officers” that no longer require presidential appointment under the Art. II, § 2, cl. 2. of the US Constitution — the Appointments Clause.  The court then vacated and remanded the Board’s decision, requiring a new panel of Patent Trial and Appeal Board (PTAB) APJs to hear the IPR on remand.

In evaluating the status of APJs, the court noted that the only two presidentially appointed officers that provide direction to the USPTO are the Secretary of Commerce and the Director.  Finding that neither of the officers exercised sufficient discretion to render APJs inferior officers, the court ultimately designated the judges principal officers — requiring appointment by the President.  The court emphasized that no presidentially appointed officer had independent statutory authority to review a Board’s final written decision and that APJs may only be removed with cause.

To rectify the violation of the Appointments Clause, the court severed a portion of the Patent Act relating to removal protections.  Due to the severance, APJs may now be removed without cause.  By partially invalidating statutory limitations on the removal of APJs, the court “render[ed] them inferior rather than principal officers.”  The court then vacated and remanded the case to a new panel of PTAB judges, “[b]ecause the Board’s decision . . . was made by a panel of [judges] that were not constitutionally appointed at the time the decision was rendered.”  The court stated, “To cure the constitutional error, another [APJ] must hold the new hearing.”

— October 31 —
Uniloc 2017 LLC v. Facebook Inc., No. 2018-2251 (FC19):
On the same day Arthrex was decided, the court released a non-precedential decision vacating the PTAB’s IPR decision and remanding for proceedings consistent with Arthrex.  There, the appellant raised the Appointments Clause issue in its opening brief.

— November 1 —
Customedia Techs., LLC v. DISH Network Corp., No. 19-1001 (FC19):
The court released a per curiam decision holding that Customedia “forfeited its Appointments Clause challenge” because it “did not raise any semblance of an Appointments Claims challenge in its opening brief or raise this challenge in a motion filed prior to its opening brief.”  See also Customedia Techs., LLC v. DISH Network Corp., Nos. 18-2239, etc. (FC19) (per curiam).

— November 4 —
Polaris Innovations Ltd. v. Kingston Technology Company, Inc., No. 18-1768 (FC19):
Following oral arguments on Nov. 4, the court requested additional briefing from Polaris, Kingston and the Government in light of Arthrex.  Specifically, the court asked for supplemental briefing on the following four topics: (1) the supervision and review distinguishing between principal and inferior officers, (2) whether severing the removal protections for APJs solved the constitutional problem, (3) whether the remedy is influenced by the reason for the constitutional problem, i.e., removal vs. appointment, and (4) whether severing the removal protections for APJs applied retroactively — to avoid vacating and remanding — based on Supreme Court precedent.  The supplemental briefing was extended to be due Jan. 6, 2020.

— November 7 —
Bedgear, LLC v. Fredman Bros. Furniture Company, Inc., No. 18-2082 (FC19):
The court applied Arthrex to vacate and remand three inter partes review (IPR) decisions by the PTAB.  Judge Dyk, joined by Judge Newman, concurred in the judgement and wrote separately to dispute the remand and rehearing remedy in Arthrex.  Judge Dyk wrote that governing Supreme Court precedent does not require rehearing by a new panel of APJs.  The problem is that “the panel [in Arthrex] improperly declined to make its ruling retroactive so that the actions of APJs in the past were compliant with the constitution and the statute.”  Instead of retroactively applying the constitutional fix as set forth by the Supreme Court — Judge Dyk explained — the panel in Arthrex made its constitutional fix for APJs prospective only, which thus required rehearing before a new panel of APJs.  According to Judge Dyk, the judicial solution in Arthrex applies both prospectively and retroactively.

— November 12 —
Lumentum Optics Inc. v. Oyster Optics, LLC, No. 19-1820 (FC19):
Lumentum filed its reply brief requesting rehearing with a new PTAB panel consistent with Arthrex.  Lumentum concedes it did not raise the Appointments Clause challenge in its opening brief, so it argues against waiver per Customedia (discussed below; further discussed above).  Lumentum is appealing the PTAB’s upholding of Oyster’s patents in IPR2017-01881.

— November 19 —
Subcommittee on Courts, IP, and the Internet is Listening:
The House Judiciary Committee’s Subcommittee on Courts, Intellectual Property, and the Internet conducted a hearing with four experts in patent law to discuss Arthrex.  The Subcommittee discussed the adequacy of the remedy in Arthrex, alternate avenues to rectify the Appointments Clause issue, and the overall functioning of the PTAB.  Chairman Johnson asked several questions, which included the following:

All witnesses favored solutions that instituted some level of review of final written decisions by at least one Senate-approved officer.  Each agreed that the simplest remedy would likely be to grant unilateral review to the Director of the PTO.  Regardless of the chosen remedy, the witnesses noted that the solution should lie with the legislature, not the judiciary.

— November 19 —
Sanofi-Aventis Deutschland GmbH v. Mylan Pharmaceuticals Inc., No. 19-1368, -1369 (FC19): The court affirmed a PTAB decision finding all claims of two of Sanofi’s patents unpatentable for obviousness.  Prior to the court’s decision, Sanofi requested that the court apply Arthrex to remand its case for reconsideration by a different PTAB panel.  The court rejected Sanofi’s request as waived because Sanofi did not raise the Appointments Clause challenge in its briefs, consistent with the court’s holding in Customedia.  However, the court decided Arthrex — changing the law — after Sanofi had completed its briefing.  Stressing this point, Judge Newman dissented in Sanofi-Aventis.  Judge Newman explained,

[A]t the time these appeals were filed, there was no holding of illegality of appointments of the PTAB’s Administrative Patent Judges. It is well established that when the law changes while a case is on appeal, the changed law applies. Thorpe v. Hous. Auth. of Durham, 393 U.S. 268, 282 (1969). . . .  As this court observed in Dow Chem. Co. v. Nova Chems. Corp. (Can.), 803 F.3d 620, 629 (Fed. Cir. 2015), a change in governing law applies to the pending appeal when the change occurs while the case is on appeal.  Thus, Sanofi is entitled to the same benefit of the Arthrex decision as are the Arthrex parties.

— November 21 —
Customedia Techs., LLC v. DISH Network Corp., No. 19-1001 (FC19):
Customedia filed a petition for rehearing en banc of the court’s previous denial of its motion for leave to file a supplemental brief raising the Appointments Clause challenge as discussed above.  Customedia argued in its petition that Arthrex represents a significant change in the law of “exceptional importance” that occurred during the pendency of Customedia’s appeal.  It further argued that the court’s denial of its motion contradicts Federal Circuit precedent that “a party does not waive an argument that arises from a significant change in law during the pendency of an appeal.”  BioDelivery Scis. Int’l, Inc. v. Aquestive Therapeutics, Inc., 898 F.3d 1205, 1209 (Fed. Cir. 2018); see also Hormel v. Helvering, 312 U.S. 552, 558–59 (1941).  The court ruled procedurally that the en banc petition was improper and gave Customedia time to file a motion for reconsideration instead.

— November 21 —
VaporStream, Inc. v. Snap Inc., No. 2:17-cv-00220-MLH (C.D. Cal. 2019):
Judge Huff for the Central District of California denied a joint motion to stay the district court litigation for three months in light of Arthrex.  Judge Huff reasoned through a number of uncertainties surrounding Arthrex that made a stay too indefinite to grant.

— November 22 —
Polaris Innovations Ltd. v. Kingston Technology Company, Inc., No. 18-1768 (FC19):
The United States as Intervenor filed a motion to extend the briefing schedule in Polaris until after the Government’s petition for rehearing en banc is due in Arthrex, which is Dec. 16, 2019.  The court granted the Government’s motion and extended the deadline to file supplemental briefs (discussed below) until Jan. 6, 2020.

— December 5 —
Image Processing Tech. LLC v. Samsung Elec. Co., No. 18-2156, 19-1408, -1485 (FC19):
The court cancelled oral arguments for the appeal and vacated and remanded three IPRs for rehearing at the PTAB consistent with Arthrex.  In this case, Image Processing had raised the Appointments Clause challenge in its opening brief.

— December 11 —
Duke University v. BioMarin Pharmaceutical Inc., No. 18-1696 (FC19):
Duke filed a petition for rehearing en banc arguing that the court’s affirmation on Oct. 11, 2019 of IPR2013-00535 should be set aside for rehearing because Arthrex was a significant change in the law.  Duke argues it is entitled to the same remedy granted in Arthrex — rehearing by a constitutionally proper PTAB panel.  Duke did not raise the Appointments Clause challenge in its briefs, so it argues against waiver per Customedia as discussed above.