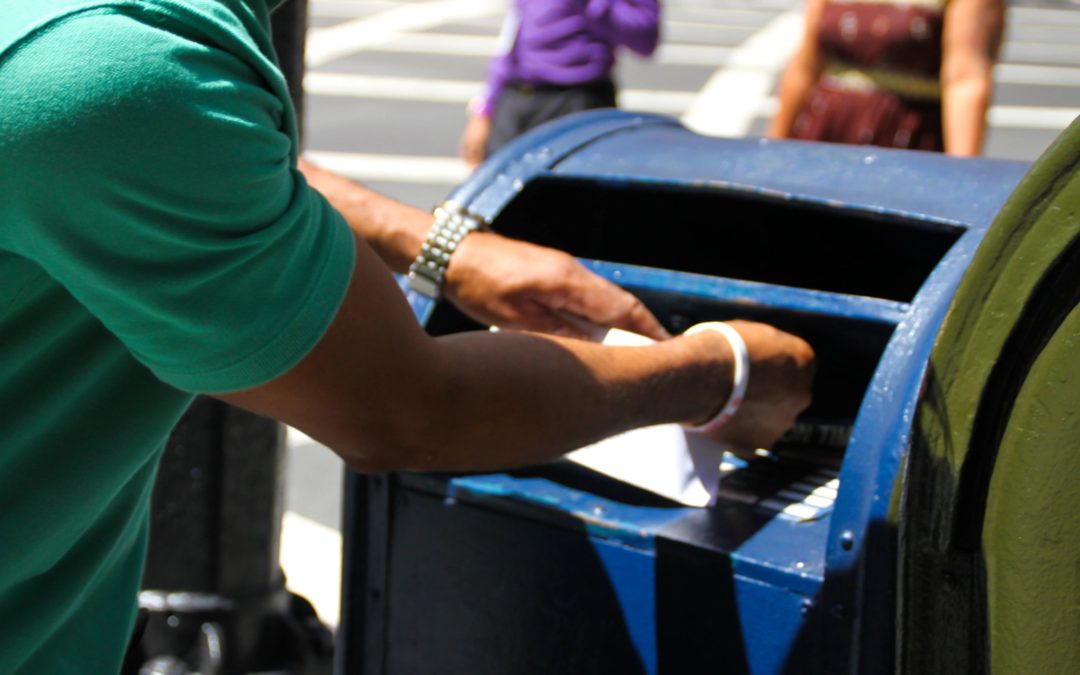 By Gregory Castanias and Jihong Lou

On February 19, the Supreme Court heard oral argument in Return Mail, Inc. v. United States Postal Service, No. 17-1594 (U.S.).  This case raises an interesting question of statutory interpretation:  whether the government is a “person” who may invoke the AIA proceedings to review an issued patent.

Under the AIA, “a person who is not the owner of a patent” may petition the PTAB to institute review of that patent in adversarial proceedings, such as inter partes reviews, post-grant reviews, and covered business method reviews.  35 U.S.C. §§ 311(a), 321(a); AIA § 18(a)(1).  The AIA itself does not define “person”—whether it would include the government.

Patent owner Return Mail challenged the ability of a government agency (the U.S. Postal Service) to petition for covered business method review of its patent before the Patent Office (another government agency).  The oral argument demonstrates that several arguments presented in the briefs of Return Mail and amici supporting it have garnered the close attention of the Justices.  We summarize three main arguments here.

First, the Dictionary Act, 1 U.S.C. § 1, provides that, “[i]n determining the meaning of any Act of Congress, unless the context indicates otherwise . . . the words ‘person’ and ‘whoever’ include corporations, companies, associations, firms, partnerships, societies, and joint stock companies, as well as individuals.”  That default definition does not include the government.  Under the Supreme Court’s precedent, moreover, “person” is presumed to exclude the government unless there is a clear contrary showing by Congress.  For example, certain provisions of the patent statute, such as 35 U.S.C. § 207(a)(1), explicitly reference the government.  But that is missing from the AIA review provisions at issue here.  As Justice Kagan observed, “you have a presumption running against you,” and “we can argue about how strong the presumption is, but there’s at least some presumption coming from the Dictionary Act, coming from just our cases on this topic, which says that the government isn’t a person unless we see evidence that it is a person.”

Second, the estoppel provisions of the AIA seem to suggest that Congress may not have intended the government to petition for AIA reviews.  35 U.S.C. §§ 315(e) and 325(e) specify the estoppel effects of a final written decision against an unsuccessful petitioner in future proceedings at the PTAB, in district courts, and before the ITC, but those provisions are completely silent on any estoppel effects in the Court of Federal Claims.  Because a patent owner may not sue the federal government in district courts for patent infringement, a suit filed under 28 U.S.C. § 1498(a) in the Court of Federal Claims is the only remedy for a patent owner against the government or its contractors for unauthorized use of a patented invention.  Thus, the government as a petitioner does not face the same statutory estoppel as a private party.  This in theory allows the government to potentially re-litigate validity in a § 1498(a) suit, taking a “second bite of the apple.”  In Justice Kavanaugh’s words, this is not “the bargain that seems to have been part of what Congress put in place.”

Third, allowing the government to petition for AIA reviews could also lead to the odd situation where one government agency is adverse to another agency in the federal court.  A party participating in an AIA review has a statutory right to appeal an adverse decision of the PTAB.  Here, had the PTAB upheld the patentability of Return Mail’s patent, the U.S. Postal Service could appeal to the Federal Circuit, and the Patent Office could intervene to defend its decision (as it often does in other appeals from AIA reviews).  If so, two Executive Branch agencies would be directly adverse to each other before the federal court.

Justice Sotomayor specifically cited the amicus brief of the Cato Institute and Professor Dolin (authored by Jones Day), which raises intra-Executive conflict as a central issue.  She noted that this is “a special situation that requires a closer look and a more express statement” from Congress.  Justice Sotomayor observed that in allowing a government agency to petition for AIA reviews, “the deck is stacked against a private citizen who is dragged into these proceedings,” with one “executive agency acting as [the] judge” and “another government agency being the prosecutor.”

Justice Gorsuch likewise observed that this is “a really important question,” as normally “we think of the Executive Branch as able to resolve its own disputes and speak with one voice,” but here, “the government [could] speak[ ] out of both sides of its mouth potentially.”  He questioned, “shouldn’t we, as Justice Sotomayor suggested, at least expect some sort of clarity from Congress when it wants that unusual arrangement to reign?”

Justice Kavanaugh similarly noted that such a scenario of one agency litigating against another agency in the federal court, while “not unprecedented,” is “unusual.”  He asked whether the government could instead utilize ex parte reexamination, which would not lead to the “anomaly” of intra-Executive conflict.  Towards the end of the argument session, Justice Kavanaugh summarized the above three main arguments as the “contextual points that . . . cut against [the government].”

On the other hand, several Justices, including Justice Breyer, appeared to be concerned about interpreting the statute as not allowing the government to petition for AIA reviews as an efficient and cost-effective way to cancel weak patents.  Interpreting “person” in the AIA review provisions as excluding the government would place the government in a worse position than private parties.

A decision in this case is expected before the end of June.