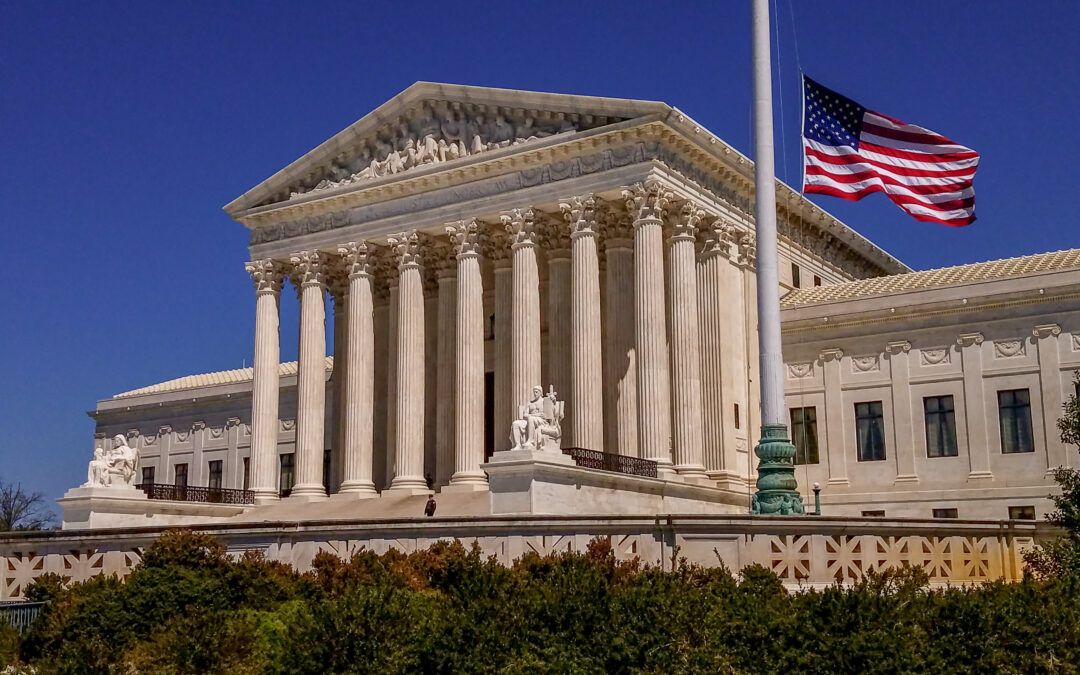 On March 1, 2021, the Supreme Court heard oral arguments in Arthrex v. Smith & Nephew, No. 19-1434, on March 1, 2021, asking whether the appointment of PTAB judges is consistent with the way that “Officers of the United States” are supposed to be appointed under Article II of the Constitution.  Argument was scheduled for one hour, but ended up going more than 30 minutes over time, with the Justices asking many pointed questions examining the distinction between “inferior” and principal officers under the Constitution, and how much supervision of an officer is enough to make the officer “inferior.”  The reason this matters, it turns out, is that principal officers have to be appointed by the President and confirmed by the Senate, whereas “inferior Officers” can be appointed by the heads of cabinet departments, without presidential or Senate involvement—which is how PTAB judges are appointed.

In this case, a three-judge panel of the Federal Circuit had held that PTAB judges, technically called  Administrative Patent Judges (APJs) under the statute, were unconstitutionally appointed principal officers rather than properly appointed inferior officers, because they had too much power independent from the Director of the Patent and Trademark Office.  941 F.3d 1320, 1329 (Fed. Cir. 2019).  But the Federal Circuit thought it could fix things by severing some of the statutory removal protections of the PTAB judges, thereby reducing their independence sufficiently to make them “inferior” officers.  The Federal Circuit denied rehearing en banc, notwithstanding over 60 pages of concurring and dissenting opinions from eight of that court’s 12 judges.  Arthrex, Inc. v. Smith & Nephew, Inc., 953 F.3d 760, 761 (Fed. Cir. 2020).  All parties, including the United States as intervenor, petitioned for certiorari; the Supreme Court granted review in October 2020.  Arthrex Cases, 141 S. Ct. 549 (2020); 141 S. Ct. 551 (2020); 141 S. Ct. 551 (2020).

The Court agreed to consider two questions—whether there was a constitutional violation, and if so, what the remedy should be:

The case has attracted significant attention because the Federal Circuit’s ruling affected numerous other PTAB decisions, which led to the Federal Circuit remanding more than 100 cases to the PTAB for rehearing before a new panel.  The PTAB has stayed all of those cases pending the outcome of the case before the Supreme Court.  Oral arguments provided the first public opportunity to see how the Court will address the issues involved.  The Justices dove straight into the threshold issue involving the distinction between inferior and principal officers.

We heard four significant things during the arguments.

Who is a principal officer?

The Justices focused the majority of their questions on the primary question, whether APJs are “inferior” or principal officers under the statute, and where the line between the two should be drawn.  This might indicate that the Justices are considering in earnest the correctness of the Federal Circuit’s decision that the APJs were appointed in violation of the Appointments Clause, but it also could indicate that the Justices need to take the measure of how far the APJ appointment process strayed from the constitutional line so that a proper remedy can be crafted.

The Justices also focused their attention on the Director of the PTO’s power, or lack thereof, to control and review decisions rendered by panels of PTAB judges.  Chief Justice Roberts’ first question addressed the Director’s inability to go beyond “pressure” to actually control or change a PTAB judge’s decision.  Justices Thomas, Alito, Kagan, Gorsuch, and Kavanaugh also had specific questions about whether the Director actually possessed substantial control over PTAB judges.

In these questions, the Justices repeatedly raised issues related to two prior Appointments Clause cases.  One was the independent-counsel case, Morrison v. Olson, where the Court—over an influential but lone dissent from Justice Scalia, upheld the role of an independent counsel who experienced very little oversight and had significant authority to prosecute but, the Court held, was a properly appointed inferior officer.  487 U.S. 654 (1988).  Justice Scalia thought that the independent counsel statute was such an obvious violation of the Appointments Clause’s assignment of appointment powers to the President that unlike most legislative-branch incursions into executive power, which are “clad, so to speak, in sheep’s clothing,” the violation of separation-of-powers principles there was so open and obvious:  “But this wolf comes as a wolf.”  Justice Kavanaugh invoked this wolf-in-wolf’s-clothing metaphor not just once, but twice.

The other, Edmond v. United States, was another opinion authored by Justice Scalia, but that one for a unanimous Court, upholding the appointment of civilian members of the Coast Guard Court of Criminal Appeals by the Secretary of Transportation against an Appointments Clause challenge, and explaining that “‘inferior officers’ are officers whose work is directed and supervised at some level by others who were appointed by Presidential nomination with the advice and consent of the Senate,” i.e., by principal officers.  520 U.S. 651, 663 (1997).

The Justices’ questions at oral argument in Arthrex seemed aimed at determining whether PTAB judges are more like the independent counsel in Morrison or the civilian judges on the Coast Guard Court of Criminal Appeals in Edmond—and more importantly, what the decisions from Morrison and Edmond mean for the principal-versus-inferior officer status of PTAB judges.  Many of the Justices’ questions were trained on the extent of supervision and control over the PTAB judges by the Director, in particular the Director’s lack of power to directly review and overturn decisions by panels of PTAB judges.  That type of analysis relates closely to Edmond, and it took center stage during the arguments.

Removal protection was not much of a focus

The Justices spent far less time on the Federal Circuit’s remedy of severing some of the removal protections available to PTAB judges.  In fact, their questions about remedial steps focused more on whether the Director should have review authority over decisions by panels of PTAB judges than on the civil-service protections that the Federal Circuit’s severance remedy removed.

The Justices had their own individual concerns

Most of the Justices’ questions focused on the common theme of Director control over PTAB judges through the review power, but other issues came up, too.

The case is now submitted and the Court will almost certainly issue a decision before the end of June.  We will continue to report on developments.