Not So Secondary: Overcoming Obviousness With Objective Indicia 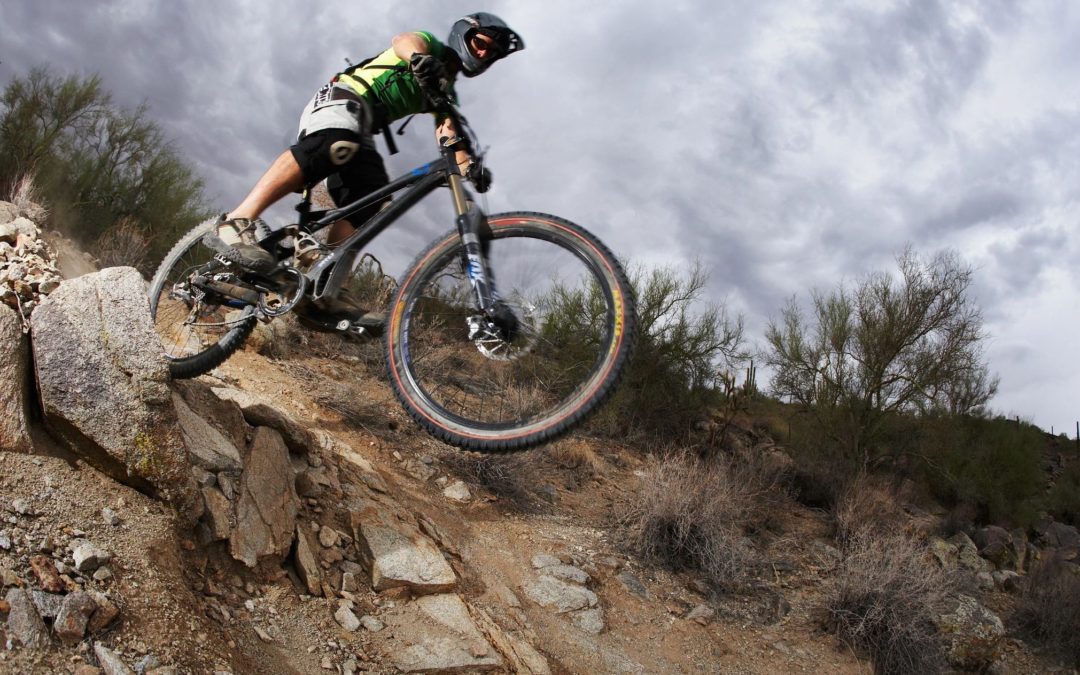 By: Rich Graham and Dave Cochran

On April 2, 2018, the PTAB issued a final written decision in Fox Factory finding that the petitioner failed to carry its burden in showing the instituted claims were unpatentable as obvious.  Fox Factory, Inc. v. SRAM, LLC, IPR2016-01876, slip op. at 51-52 (P.T.A.B. Apr. 2, 2018) (Paper 59).  The decision is noteworthy, because petitioner presented prior art that taught the claimed features and provided a sufficient motivation to combine, yet this evidence was heavily outweighed by Patent Owner’s evidence of objective indicia of non-obviousness.  Id.

The challenged ’027 patent relates generally to bicycle chainrings, and more particularly to a solitary chainring for use with a conventional chain in bicycle crankset and drivetrain systems that include a multispeed rear gear cassette.  Id. at 3.  The instituted claims included a first group of claims directed to a new chainring, while a second group of claims was directed to crankset and drivetrain systems that include the new chainring.  Id. at 29-30. The Board instituted on all petitioned claims based on a combination of Hattan and Shimano.  Id. at 2, 6.

The Board first conducted a standard obviousness analysis.  Examining the scope and content of the prior art and then searching for any differences between the prior art and the claimed invention, the Board found that the Hattan and Shimano devices disclosed all of the claim features of the challenged claims, albeit in two systems that operate based on different principles.  Fox Factory, IPR2016-01876, slip op. at 13-18.  While the Board ultimately found that there was a sufficient motivation to combine, the Board credited Patent Owner’s argument that the different principles of operation were a weakness in petitioner’s obviousness position.  Id. at 17-18.

By highlighting discrepancies in petitioner’s arguments and evidence that included suspicious changes in position by petitioner’s expert, Patent Owner was able to convince the Board that these identified weaknesses cast doubt on petitioner’s positions.  See id. at 18-21 (“In sum, … the evidence does suggest that modifying Hattan in the way proposed could have negatively affected its operation in some ways, which weighs slightly against the likelihood of a person of ordinary skill making the proposed modification.”); see also id. at 22 (“[G]iven the problems identified above, … we determine that Petitioner has only shown, at best, that the evidence weighs slightly in favor of making the above modification of Hattan in view of [Shimano].”)

Patent Owner argued in its reply that the success and industry reception of Patent Owner’s family of X-Sync products weighed against petitioner’s prior art based arguments.  Patent Owner’s objective indicia of non-obviousness included evidence of commercial success, licensing, copying, praise by others, and long-felt, unresolved need.  Fox Factory, IPR2016-01876, slip op. at 21.  To support these positions, Patent Owner presented evidence that the challenged claims covered all of the twelve families of products, and therefore Patent Owner was entitled to a presumption of a nexus.  Id.  The Board credited these positions, as follows, tipping the scales in favor of patentability.

“To be relevant, evidence of non-obviousness must be commensurate in scope with the claimed invention,” thus, “to be accorded substantial weight, there must be a nexus between the merits of the claimed invention and the evidence of secondary considerations.” Id. at 23-24.[i]  A nexus is presumed when a marked product embodies claimed features, and is coextensive with them.  Id.[ii]  Once established the burden shifts to the other party to present evidence rebutting the presumed nexus.  Id.  Here, Patent owner demonstrated that each product of the X-Sync families practiced each element of one or more of the challenged claims.  Id. at 24.

The Board, nevertheless, found that Patent Owner was entitled to a presumption of nexus and that Petitioner failed to rebut that presumption.  Id. at 30, 34.  Petitioner’s counter-arguments were not persuasive, because petitioner failed to present evidence that “the [objective evidence of non-obviousness] was due to “extraneous factors” including “additional unclaimed features,” “other patents,” or that the “merits of the claimed invention were readily available in the prior art.” Id. at 25-34 (cataloging substantial evidence and testimony by the parties).[iv] And, even though certain X-Sync products were entire drivetrain systems, the two groups of claims, discussed above, together broadly encompassed all additional features in the X-Sync systems.  Id. at 29.  To this point, the Board specifically credited Patent Owner’s evidence that it was the chainring itself that enabled the unclaimed features of the X-Sync products, including any additional noteworthy elements. Id. at 31, 38-39.

Having established a nexus, the Board considered Patent Owner’s object evidence of non-obviousness.  Id. at 35-51.

The Board also considered Patent Owner’s evidence regarding industry praise and skepticism.  “Praise from industry participants, especially competitors, is probative as to obviousness.”  Id.[vi] at 36.  The Board cataloged at least 16 sources of industry praise and credited the evidence as tying the praise directly to the X-Sync chainring.  Id. at 37-40.  In particular, the Board credited praise that patent owners invention, embodied in the X-Sync, was “the missing piece in the single-chain drivetrain puzzle.” Id. at 39-40 (emphasis added). Thus, the Board gave significant weight to this evidence. Id. at 40.

Patent Owner also introduced multiple sources of evidence of the industry’s skepticism, including an industry article noting “more than a few editors on site were concerned about the lack of a chain guide on our test bikes” and “that one editor insisted that [Patent Owner] had embedded high-power magnets into the CNC-machined aluminum chainring (alas, there were none).” Id. at 40-41 (internal quotes omitted).  Explaining that “evidence of industry skepticism weights in favor of non-obviousness,” the Board gave significant weight to this evidence. Id.[vii]

“Evidence of a long felt but unsolved need that is met by the claimed invention is further evidence of non-obviousness.” Id.[viii] To this point, the Board strongly credited Patent Owner’s position that “the problem of maintaining a chain on a chainring has existed for more than 100 years,” and that “prior art attempts … failed to address several issues” including those solved by the challenged claims: increased complexity, weight, and friction. Id.

Prior to Patent Owner’s invention, bicycle drivechain systems included complex guides, guards, and rollers to prevent chain-dropping when traversing rough terrain.  See Fox Factory, IPR2016-01876, slip op. at 9-12, 31-32, 35-36, 41-43.  These additional features were necessary, because the angle at which a bicycle chain approaches the chainring has substantial variability as a chain traversed the gears of the rear gear speed cassette. Id. As the angle of approach increased, the risk that the chain would be dropped also increased.  Id.  The Board thus found “strong evidence that a long-felt need existed,” including testimony supported by 16 exhibits showing that that the “X-Sync chainring met this need,” entitling this factor to significant weight. Id. at 41, 43-44.

Patent Owner also introduced evidence relating copying of its products, and evidence regarding eight licensees, “some of whom are major industry players.” Id at 45. But in each case the Board only credited these arguments with “some weight.” Id. at 47, 51.  As to the licensing evidence, Patent Owner’s positions were weakened in some cases, because the licensees were licenses to a German family member patent, and in other cases “because it is often cheaper to take a license than to defend infringement suit.”  Id. at 44-47.[ix]  As to the evidence of copying, Patent Owner claimed “at least seventeen (17) different companies who have copied its patented technology.”  Id. at 47-48.[x]  But, Patent Owner’s arguments were based primarily on “access to, and substantial similarity to” the patented products. Id. at 49.  While petitioner did not rebut the evidence of access, the Board agreed with petitioner that the evidence provided was “not very detailed,” and so was only “entitled to some weight, but not significant weight.”  Id. at 51.

While the Board acknowledges that “petitioner has, at best, shown that there would be some weak motivation to combine the references,” the Board ultimately found that “Patent Owner has made an extremely strong overall showing of objective indicia of non-obviousness.”  Id. This showing included “very strong showings on industry praise, skepticism, and long felt need, a strong showing on commercial success, and a weak showing on licensing and copying.” Id. Thus, weighing all four Graham factors, the Board concluded that Petitioner failed to carry its burden to show that the challenged claims would have been obvious over the combination of Hattan and Shimano.  In so doing, the Board noted that:

Id. at 51-52.  Also, with respect to each category of objective evidence, petitioner essentially argued a lack of nexus.  Other than with respect to Licensing and Copying, the petitioner did not present evidence to negate Patent Owner’s evidence, instead merely arguing in each case that the evidence was not tied to the claimed features.  But, having established the nexus, the Board gave little credence to petitioner’s repeated arguments to this effect. See, id. at 39, 40, 42, 44, 50.

This case provides numerous lessons about preparing and defending a case of obviousness.  Patent Owners sensing a weakness in petitioner’s grounds should endeavor to develop and present rigorously supported evidence of secondary considerations to tip the scales in favor of a finding of non-obviousness. And when confronted with well supported objective evidence of non-obviousness, petitioners should ensure they attack each category directly so that petitioner’s position in each case does not simply fall with the question of nexus.

[iv] Citing Polaris Indus., Inc. v. Arctic Cat, Inc., 882 F.3d 1056, 1072-73 (Fed. Cir. 2018) (“[The challenged claims] broadly cover the entire vehicle. Rather than ‘only a component of a commercially successful machine.” and “to rebut the presumption of nexus the patent challenger must ‘present[] evidence to show that the [objective evidence] was due to extraneous factors other than the claimed invention.”).

[vii] Citing WBIP, 829 F.3d at 1335 (“If industry participants or skilled artisans are skeptical about whether or how a problem could be solved or the workability of the claimed solution, it favors non-obviousness.”).