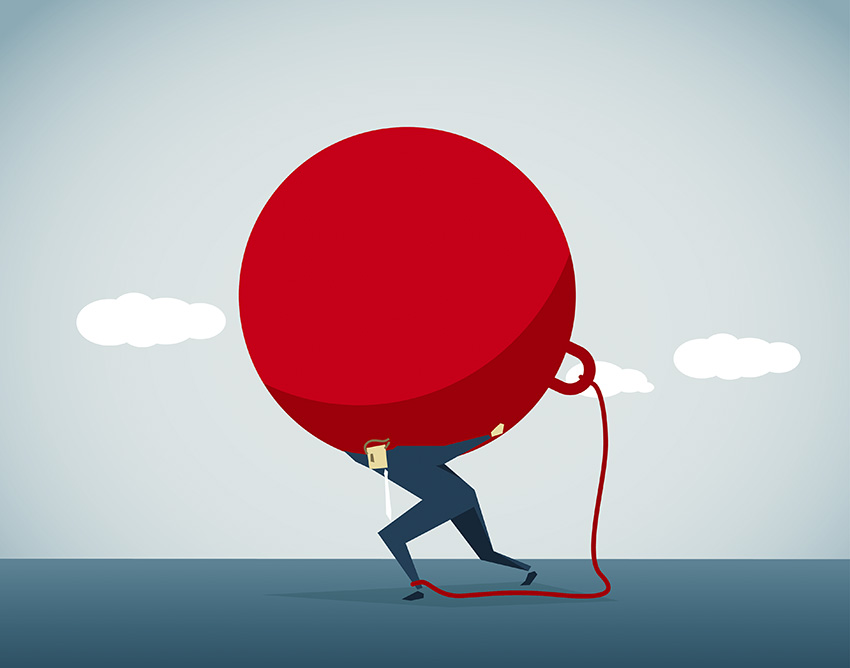 By Rich Graham and Dave Cochran

On January 9, 2017, the United States Court of Appeals for the Federal Circuit (“the Federal Circuit”) issued a decision in Phigenix, Inc. v. ImmunoGen, Inc., No. 2016-1544 (Fed. Cir. Jan. 9, 2017) establishing the legal standard for demonstrating standing in an appeal from a final written decision in IPR.  In Phigenix, the court disagreed with appellant, and petitioner below, Phigenix, Inc.’s (“Phigenix”) position that as a licensor of competing patents it had suffered injury in fact as a result of the PTAB’s determination that ImmunoGen, Inc.’s (“ImmunoGen”) patents were nonobvious.  In denying Phigenix’s appeal, the Federal Circuit confirmed that the procedural right granted by 35 U.S.C. § 141(c) does not free an appellant from the standing requirement of Article III.  In so doing, the court took the opportunity to elaborate on the legal standard, the burden of production, and the sort of evidence that will meet the burden.

The Phigenix decision was foreshadowed by an earlier decision in Consumer Watchdog.[1] There, the Federal Circuit considered an Appellant’s standing in an appeal arising from inter partes reexamination.  The court determined that although pre-AIA § 315(b) statutorily granted a third-party requestor a procedural right to appeal an agency’s action, such a right does not eliminate the requirement that a party have a particularized, concrete stake in the outcome of the action.  573 F.3d at 1262.  The Consumer Watchdog court likened the standing requirement in that situation to that of a party seeking declaratory judgment, but with relaxed immediacy and redressability requirements by virtue of the statutory right. Id.  Following Consumer Watchdog, it remained unanswered whether the same logic would apply in the context of IPR and § 141(c) until the Phigenix decision.

Phigenix originally petitioned for IPR of ImmunoGen’s U.S. Patent No. 8,337,856 (“the ’856 patent”), in IPR2014-00676, alleging that certain claims were unpatentable as obvious over various prior art references.  In its final written decision, the PTAB concluded that the Asserted Claims were nonobvious, and Phigenix appealed.  Before the Federal Circuit, ImmunoGen raised the issue of Phigenix’s standing, thereby placing the burden on Phigenix to establish that it had Article III standing by identifying or producing relevant evidence.

In its reply, Phigenix argued that as a patent licensing firm with the rights to a separate patent covering activities related to ImmunoGen’s patented cancer drug, Phigenix suffers injury in fact in the form of increased competition.  To support this argument, Phigenix introduced two declarations into evidence and an attorney’s letter sent to ImmunoGen.  The first declaration asserted that ImmunoGen’s ’856 patent encumbers Phigenix’s licensing efforts while ImmunoGen receives millions of dollars in licensing revenue. Phigenix argued “that the most reasonable conclusion is that at least a portion of that licensing revenue would inure to Phigenix if the ’856 patent were invalidated.”  The second declaration was intended to show that “Phigenix had multiple discussions [with ImmunoGen]… through telephone conversations concerning the Phigenix technology and its patent portfolio.”  And, the attorney letter illustrated Phigenix’s belief that the ’856 patent is invalid, in order to “underscore[] the actual, concrete controversy” between the parties.

The Phigenix court rejected both Phigenix’s arguments and the evidence relied upon, and clarified the standard for establishing injury in fact arising from agency action.  First, the court held that in an appeal from an agency action an appellant’s burden is the same as that of a plaintiff moving for summary judgment in a district court.  Second, the court established what evidence will meet this burden, recognizing two separate situations calling for different evidence: (1) where standing is self-evident, such as in the case where the appellant is the object of the action at issue, the appellant need only identify evidence of record to support its standing, and (2) where no evidence of record exists, because standing was not an issue before the agency, the appellant must present additional evidence to the court “by affidavit or other evidence” “to the extent necessary to explain and substantiate its entitlement to judicial review.”  Lastly, regarding the timing of such presentation, the court stated that an appellant must produce such evidence “at the earliest possible opportunity,” such as in response to a motion to dismiss or in its opening brief.

Reviewing the evidence produced by Phigenix against the requirements of Fed. R. Civ. P. 56(c)(4) and Fed. R. Evid. 901, the court found the declarations to be mere conclusions of law and that the evidence lacked any admissible facts to support Phigenix’s hypothetical injury.  In reaching this conclusion, the court decision provides some key takeaways.  First, the court identified certain situations in which a petitioner-appellant likely would have standing, foremost of which is when appellant is also party to a district court litigation related to the patent.  But, the court also implied that, had Phigenix argued “it faces risk of infringing the ’856 patent, that it is an actual or prospective licensee of the patent, or that it otherwise plans to take any action that would implicate the patent,” then, with the proper evidentiary showing, it would have had standing.  This implication comports with the language in Consumer Watchdog likening the relevant standard to a relaxed declaratory judgment Article III analysis.  Thus, a demonstration by sufficient evidence that an appellant does, or intends to, commercialize a product reading on a patent surviving IPR, or that a patentee had demanded appellant take a license to such a patent, then such an appellant likely would have standing to appeal the PTAB’s final written decision.

Second, the court also pointed out that had Phigenix demonstrated it had licensed its patent to the same parties to which ImmunoGen had licensed the ’856 patent, the invalidation of the ’856 patent might have increased Phigenix’s revenues, and by implication Phigenix’s economic harm theory may have held more weight in a standing analysis.  But, Phigenix did not introduce any evidence that they had licensed their patent to anyone at all.  Thus, the court declined to reject an increased competition in licensing theory outright, but instead focused on the lack of evidence demonstrating such injury in fact.  Lastly, the court echoed its Consumer Watchdog decision stating that where a party is not engaged in any activity that could give rise to infringement, the estoppel provisions of § 315 do not constitute an injury in fact, but whether the estoppel provisions could give rise to injury in fact remains to be seen. [2]

In conclusion, Phigenix counsels that an appellant from an IPR final written decision – and perhaps any agency action before the Federal Circuit – be prepared early to enter evidence into the record affirmatively establishing injury in fact, and that care be taken to ensure that such evidence comports with both the FRCP and the FRE.  The Federal Circuit has provided some direction regarding what form such an injury may take, but the full scope of an injury in fact sufficient to provide standing in an appeal from IPR remains to be garnered from future decisions.

[2] 753 F.3d at 1263 (“the court, however, leaves it to future panels to decide whether, under other circumstances, the preclusive effect of the estoppel provisions could constitute an injury in fact.”).