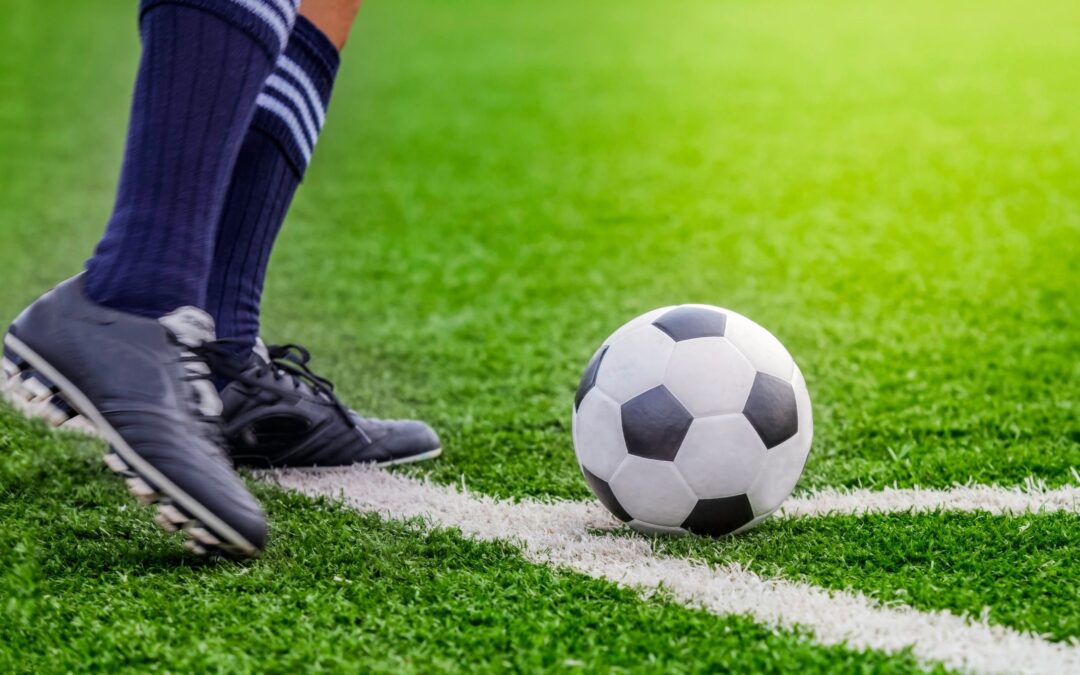 By John Kinton and Amanda Leckman –

As we noted here, the PTAB recently designated two 35 U.S.C. § 325(d) cases precedential and one informative.  Here is an in depth review of the informative decision.

Nike’s ’065 patent discloses an article of footwear, e.g., a cleated soccer shoe, designed to “optimize propulsion during the first step of sprinting and provide stability and responsiveness while also moderating stud pressure during quick directional changes.” ’065 Patent at 1:6–17, 3:65–67, Fig. 1.  Claim 1, the sole independent claim, is directed to the structure of the baseplate of the article of footwear.

PUMA’s petition challenged the patentability of claims 1-6 as obvious in view of two references, U.S. Patent No. 5,461,801 (“Anderton”) and U.S. Patent No. 8,056,267 (“Auger”).  Nike requested denial of the petition under 35 U.S.C. § 325(d) because those same two references were applied by the Examiner during prosecution.  PUMA maintained that while the references were the same, its petition and expert witness declaration provided new evidence and argument to warrant consideration.

In deciding to deny the petition, the Board evaluated the petition by considering the factors set forth in Becton, Dickinson & Co. v. B. Braun Melsungen AG, IPR2017-01586, Paper 8 at 17–18 (PTAB Dec. 15, 2017) (precedential in relevant part).  In doing so, the PTAB pointed out that the references were the same as those before the Examiner, the Examiner relied on those references to reject the challenged claims twice, and that there was a high degree of overlap in the arguments and rationale made in PUMA’s petition and during examination.

The PTAB spent significant time analyzing whether  PUMA “pointed out sufficiently how the Examiner erred in its evaluation of the asserted prior art.”  PUMA identified two purported errors by the Examiner.  First, PUMA argued that the Examiner erred because a person skilled in the art would have been able to vary the dimensions of the reinforcement structures in the prior art references to achieve the patented configuration.  The Board noted that the Examiner considered whether it would have been obvious to combine the reinforcement structure of Auger into Anderton’s structure for the same reason PUMA proposed.  But the Examiner determined the claims would not have been obvious.  The PTAB noted that while PUMA disagreed with the Examiner’s determination, it had not shown error because “[w]hether a skilled artisan would have known how to implement a modification does not address the question of whether the modification would have been obvious in the first place.”  In particular, the Board found that while the two references addressed the same problem (increasing traction, maneuverability and foot control), that merely showed they were analogous.  But it did not provide a reason for the skilled artisan to combine the references in the manner set forth in the claims.

The second purported error identified by PUMA was that “spaced from” limitations added to the claims to overcome the rejections based on the prior art were design choices that did not confer novelty and did not make the claims non-obvious.  PUMA relied on expert opinion that such spacing was merely an “aesthetic design choice.”  But the Board noted that, during prosecution, Nike explained that the claimed spacing necessitated the medial midfoot bar, and provided a “more symmetric reinforcement of the midfoot region.”  Neither PUMA nor its expert addressed this discussion, which the PTAB found weighed against finding the limitation was an obvious design choice or that the examiner erred.  Additionally, the Board found that PUMA’s expert testimony was not supported by fact-based reasoning.

The Board then found that the Becton Dickinson factors weighed heavily in favor of denying PUMA’s petition for inter partes review.

By designating the opinion Informative, the Board is signaling the approach it will take when evaluating petitions based on the same prior art considered by the Examiner.  Petitioners will have their arguments and evidence analyzed with the Becton Dickinson factors in mind.  In particular, the Board will scrutinize alleged errors by the Examiner.[1]  Accordingly, petitioners in these circumstance should use those factors in guiding their petitions.  In particular, they should carefully analyze the grounds on which the Examiner allowed the claims over the art and explain in detail, with supporting factual evidence, how the Examiner erred.  Similarly, patent owners should analyze petitions in light of the Becton Dickinson factors and when appropriate, file preliminary responses that cite to § 325(d) and identify reasons why the petitioner’s arguments do not establish error or why the evidence relied upon by the petitioner is insufficient.