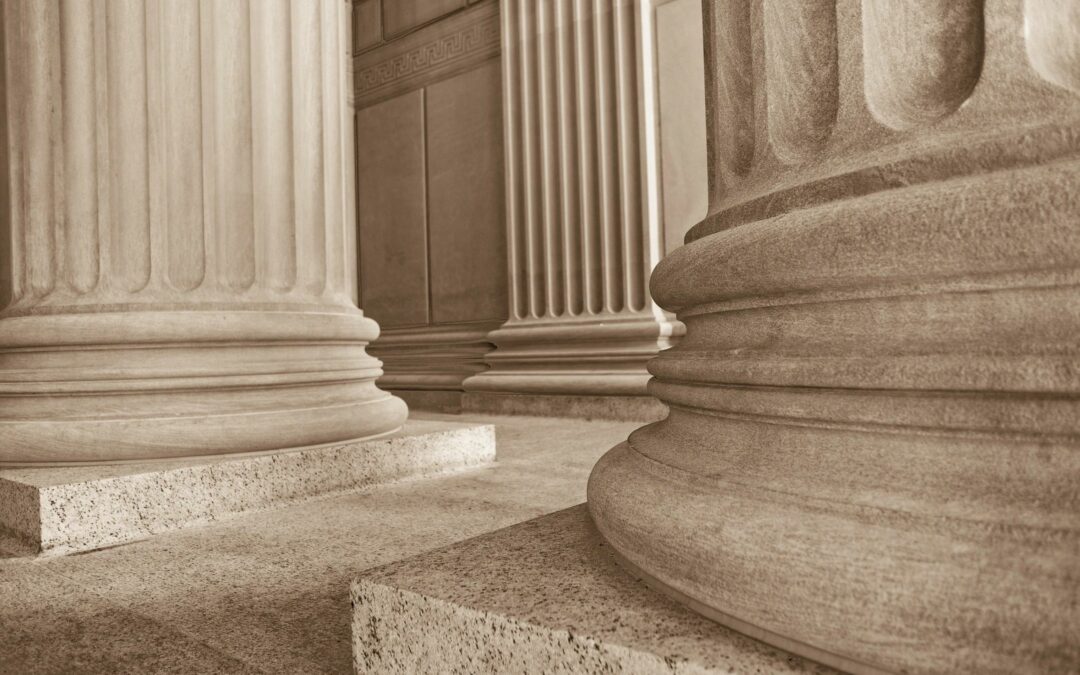 The Federal Circuit and the patent world continue to grapple with the court’s decision in Arthrex v. Smith & Nephew.  Since our last updates, the parties in Arthrex and other cases have continued the push for en banc rehearing.  (See for recap Timeline of Arthrex Developments and Jones Day Podcast recapping Arthrex decision and fallout).  Arthrex created uncertainty around inter partes review (IPR) — the process of challenging patent validity at the U.S. Patent and Trademark Office (PTO) — by finding the appointment of administrative patent judges (APJs) unconstitutional under the Appointments Clause of the U.S. Constitution.  Whether Arthrex was wrongly decided and which parties are entitled under Arthrex to a new hearing at the PTO remain hotly debated.  Below is an updated timeline of developments related to Arthrex since our previous post, but with a small amount of overlap in order to fit some new additions.

— December 5 —
Image Processing Tech. LLC v. Samsung Elec. Co., No. 18-2156, 19-1408, -1485 (FC19):
The court cancelled oral arguments for the appeal and vacated and remanded three IPRs for rehearing at the PTAB consistent with Arthrex.  In this case, Image Processing had raised the Appointments Clause challenge in its opening brief.

— December 9 —
Moen, Inc. v. Kohler Co., No. 19-2364 (FC19):
Moen filed is opening brief in its appeal from the PTAB’s decision on Aug. 12, 2019 upholding Kohler’s patent claims in IPR2018-01053.  In this case, Moen did not raise the Appointments Clause at the PTAB, but did raise it in this, its opening appellate brief.  Moen argued that Arthrex limited the window of preserved Appointments Clause challenges to those cases where (1) the issue was raised in the first brief on appeal and (2) the PTAB decision occurred before Arthrex on Oct. 31, 2019.  Thus, Moen argued that its case fits into that window such that Moen is entitled to a new hearing before a new PTAB panel.

Arthrex, Inc. v. Smith & Nephew, Inc., et al., No. 18-2140 (FC19):
Both parties and the U.S. government asked the full Federal Circuit to reconsider the Arthrex panel’s decision — each advancing distinct arguments in support of their petitions for rehearing and rehearing en banc.  Both the Government’s petition and the Appellees’ petition (Smith & Nephew and Arthrocare) argue that the panel erred by finding that APJs are principal officers.  Instead, the petitions argued, APJs are inferior officers such that their appointments do not and did not violate the Constitution.  In contrast, appellant Arthrex’s petition argues that the statute cannot be salvaged by severance of removal protections.  Thus, Arthrex argues that the Arthrex panel was correct in its determination that APJs are principal officers but incorrect in its determination that severing the removal protection is an adequate constitutional fix.  All three petitions focus mostly on the core issue: whether APJs are inferior or principal officers.  However, a secondary issue of immense practical importance is whether IPRs decided by APJs prior to Arthrex, or some subset of those, should be vacated for rehearing before a new panel of APJs, as the panel held in Arthrex.

In Arthrex, the patentee (Arthrex) sought PTAB rehearing and won it in the panel decision.

The New York Intellectual Property Law Association (NYIPLA) and the Association for Accessible Medicines (AAM), respectively, filed amicus briefs asking the full court to rehear Arthrex.  AAM is aligned with the generic-drug industry and threw its support behind the government’s and Smith & Nephew’s contention that the Arthrex panel erred in determining that APJs were principal officers.  Going further, AAM focused on the increased cost and burden caused by confusion surrounding Arthrex and argued that “en banc review is necessary to correct the panel’s error and to dispel the cloud of uncertainty over the IPR system.”  NYIPLA has approximately 1000 attorney-members with practices or interests related to intellectual property.  NYIPLA threw its support behind the formulation of the issues in the government’s petition for rehearing.  NYIPLA stepped through the issues raised in the government’s petition and argued that en banc rehearing is necessary to settle the substantial debate around all three issues.

The court invited responses from each of the three parties — intervenor, appellees, and appellant.  Based on the court’s internal operating procedures (IOPs), this may indicate that one of the judges on the original Arthrex panel — which included Judges Moore, Reyna, and Chen — has requested responses and indicated that the panel should rehear Arthrex or correct some aspect of the decision.  For en banc petitions, the original panel generally has the first opportunity to review and address alleged problems with the panel’s original decision.  The court’s IOPs present a multitude of permutations for the timing and possible outcomes of an en banc petition, so predictions about the internal workings are speculative.  That said, the timing of the court’s invited responses is consistent, per the IOPs, with the timing of a judge from the original panel inviting responses to consider panel rehearing, which would occur before the full court decides on the en banc petition.  The invited responses are due to the court on Jan. 17, 2020.

The parties each submitted supplemental briefs in answer to the court’s additional questions posed in the wake of Arthrex.  In addition to each party’s varying arguments regarding answers to the questions posed, the government requested — as did Polaris — that this case be reheard en banc in tandem with Arthrex.  Kingston and the government both argued that the constitutional fix was unnecessary because APJs were inferior officers all along; however, if the court disagreed, Kingston and the government both agreed that severing the removal protections was enough to have made APJs inferior officers.  In contrast, Polaris argued not only that APJs were principal officers, but that they remain principal officers even after severing the removal protections, i.e., that the constitutional fix in Arthrex was inadequate.  Instead of judicial re-writing of statute, Polaris argued for the court to find the statute governing APJs unconstitutional and leave it to congress to create a solution.

— January 7 —
Customedia Techs., LLC v. DISH Network Corp., No. 19-1001 (FC19):
Customedia filed a petition for rehearing en banc for the second time.  After having its first motion for rehearing rejected and its motion for reconsideration denied, Customedia is again arguing that the full court should determine whether Appointments Clause challenges are waived when not raised in the opening brief on appeal.  Customedia continued to argue — relying primarily on BioDelivery Sci. Int’l, Inc. v. Aquestive Therapeutics, Inc., 898 F.3d 1205 (FC18) — that Arthrex constituted a significant change of law that should excuse potential waiver in this case.

Fredman filed a petition for rehearing or rehearing en banc following the court’s remand in Bedgear.  Fredman argued, among other things, that Bedgear failed to adequately preserve the Appointments Clause challenge with its cursory mention of the issue in Bedgear’s opening brief.  Specifically, Fredman argued that Bedgear’s “three conclusory sentences, unsupported by any analysis or argumentation,” were insufficient to properly raise and preserve the Appointments Clause issue.  On Jan. 9, the court invited Bedgear to respond to Fredman’s petition.  Bedgear’s response to the petition for rehearing is due Jan. 23.

In Bedgear, the patentee (Bedgear) sought PTAB rehearing and won it in the panel decision.

The parties’ invited responses are due to the court as part of the court’s process to grant or deny rehearing or en banc rehearing in Arthrex.