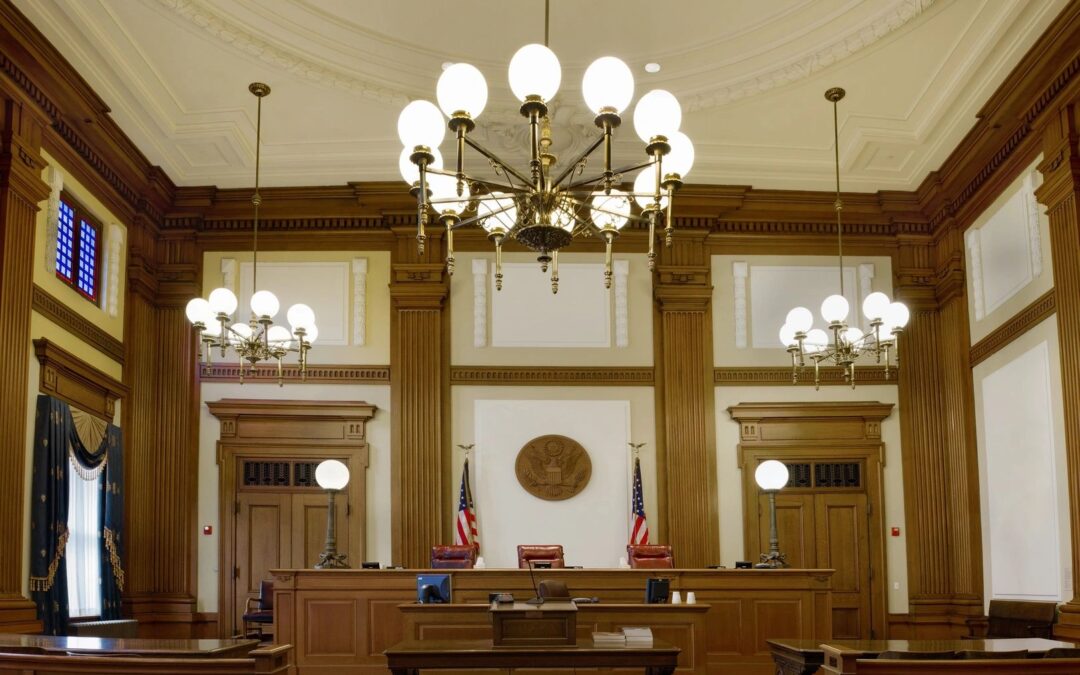 By Nick Bagnolo and Michael Oblon –

Since the PTAB designated Apple v. Fintiv precedential, the six-factor, “holistic” test has been increasingly used to discretionarily deny institution of petitions challenging claims already subject to parallel litigation proceedings.  Among the factors weighed by the PTAB are system efficiency and fairness, in addition to avoiding duplicative disposition of issues in different forums.  On August 31, 2020, plaintiffs Apple Inc., Cisco Systems, Inc., Google LLC, and Intel Corporation filed a complaint in the Northern District of California against then Under Secretary of Commerce for Intellectual Property and Director of the United States Patent and Trademark Office (“Director”), Andre Iancu.  The plaintiffs allege: (1) the Director exceeded his statutory authority provided in the America Invents Act (“AIA”) by adopting the Fintiv rule; (2) the Fintiv rule itself is arbitrary and capricious, in violation of the AIA; and (3) the Director could not adopt the Fintiv rule without notice-and-comment rulemaking.  Defendant filed a motion to dismiss on November 23, 2020, arguing plaintiffs lack standing as they cannot establish either a concrete injury, or that their injuries would not be redressed by the relief sought.  Defendant further argues the plaintiffs’ claims are not justiciable under the Administrative Procedure Act (“APA”).  Plaintiffs filed a motion for summary judgment on the same date, arguing that each of the three arguments presented in the complaint is ripe for decision as a matter of law.

On March 11, 2021, the Hon. Edward J. Davila (no stranger to intellectual property issues with more than 100 authored opinions on patent-related issues) held oral argument on both dispositive motions.  Turning first to the defendant’s (U.S. Department of Justice) motion to dismiss, Judge Davila expressed initial concern regarding whether plaintiffs have standing to bring this challenge.  Responding to Defendant’s argument that there was no concrete injury, Plaintiffs’ counsel characterized the specific injury as the denial of the opportunity to participate in post-grant review proceedings at the PTAB, which present a more efficient and streamlined alternative to traditional litigation.  Turning next to the redressability of the requested relief, Judge Davila asked plaintiffs whether a positive ruling in their favor would encourage others to flood district courts with similar actions seeking injunctive relief from application of the Fintiv rule.  Plaintiffs responded that granting the relief requested would foreclose the PTAB from applying the Fintiv rule in the future.  Regarding previous application of the Fintiv rule, defendant’s counsel noted that in previous PTAB decisions applying the Fintiv rule, the PTAB exercised discretion to deny institution 119 times and elected not to exercise discretion to deny institution 292 times.

Regarding plaintiff’s motion for summary judgment, Judge Davila specifically noted he is most interested in plaintiffs’ Count III: the lack of notice-and-comment rulemaking associated with the Fintiv rule.  Plaintiffs’ counsel acknowledged that the Director has discretion whether to institute proceedings, but argued such discretion cannot violate other statutory provisions within the AIA, noting a series of provisions discussing various aspects of parallel proceedings in both the PTAB and district courts.  To the extent Congress wanted the Director to have discretion in deciding how to consider such parallel proceedings, plaintiffs argue the AIA explicitly sets forth such conditions in Sections 315(e) and 325(d).  Absent from either of these provisions is the ability to deny institution based upon co-pending district court litigation.  In response, defendant’s counsel characterized these provisions of the AIA as the “outer boundaries” around which the Director can implement his or her discretion.  Judge Davila noted that the AIA was intended to address institutional inefficiencies, and that plaintiffs are not arguing they have a right to institution of a post-grant review proceeding but rather they should at least be afforded an opportunity to participate.

Turning to plaintiffs’ Count III, the Judge expressed concern with the manner in which the Director implemented the Fintiv rule by designating a PTAB decision “precedential.”  Plaintiffs’ counsel argued that the PTAB is left with no discretion once an opinion is designated precedential: that opinion becomes binding on PTAB judges in all future similar cases.  The Judge then sought further information regarding the genesis of the Fintiv rule, noting the six factors evaluated under the rule do not appear in the AIA.  Judge Davila further questioned if the formation of such factors should be the subject of notice-and-comment rulemaking.  Plaintiffs’ counsel discussed the origin of a discretionary denial under Section 314 in NHK, subsequent decisions applying NHK after it was designated precedential, and then ultimately the formalization of the six factors discussed in Fintiv based upon a review of previous decisions applying NHK.  The formation of the Fintiv rule, according to plaintiffs, therefore deprived interested parties the ability to contribute to these considerations as they were done unilaterally at the decision of the Director.

In response, defendant’s counsel characterized the Fintiv rule as an internal policy procedure, rather than a substantive rule.  According to defendant, the APA carves out internal policy procedures from being subjected to notice-and-comment rulemaking.  Each individual panel is given discretion how to apply the various factors constituting the Fintiv rule, and no one factor is dispositive.  The Fintiv rule, as characterized by defendant, is not a mechanical application of factors, as there is no requirement that certain factors be given any particular weight.  Judge Davila again commented that the Fintiv factors do not appear in the text of the AIA, and that such a landscape-shifting rule does not seem to be in the purview of the Director’s authority.  Judge Davila then probed defendant’s counsel as to whether the Fintiv rule itself is arbitrary and capricious, providing the example of a scheduled trial date in a district court proceeding that could be subject to change.  Defendant’s counsel reiterated the Fintiv rule promotes administrative efficiency by treating each case individually and allowing the PTAB judges to exercise discretion in view of the different factors.

Judge Davila also asked the parties to comment on whether the Fintiv rule frustrates the purpose of the AIA, noting such purposes include increasing innovation, protecting innovation, and allowing efficient ways to resolve patent disputes.  Defendant’s counsel again reiterated the overall policy objective of administrative efficiency in allocating agency resources.  Plaintiffs’ counsel focused on the lack of commentary surrounding the precedential designation of the Fintiv decision, characterizing the Director’s action as merely rubber stamping the decision with no articulated rationale.

The Judge did not issue an oral ruling on either motion, but he appears particularly interested with the procedural passage of the Fintiv rule, having repeatedly expressed concerns regarding the lack of notice-and-comment rulemaking associated with the Director’s designation of the Fintiv rule as precedential.  Although not discussed during oral argument, the USPTO began soliciting comments on this issue in November 2020.