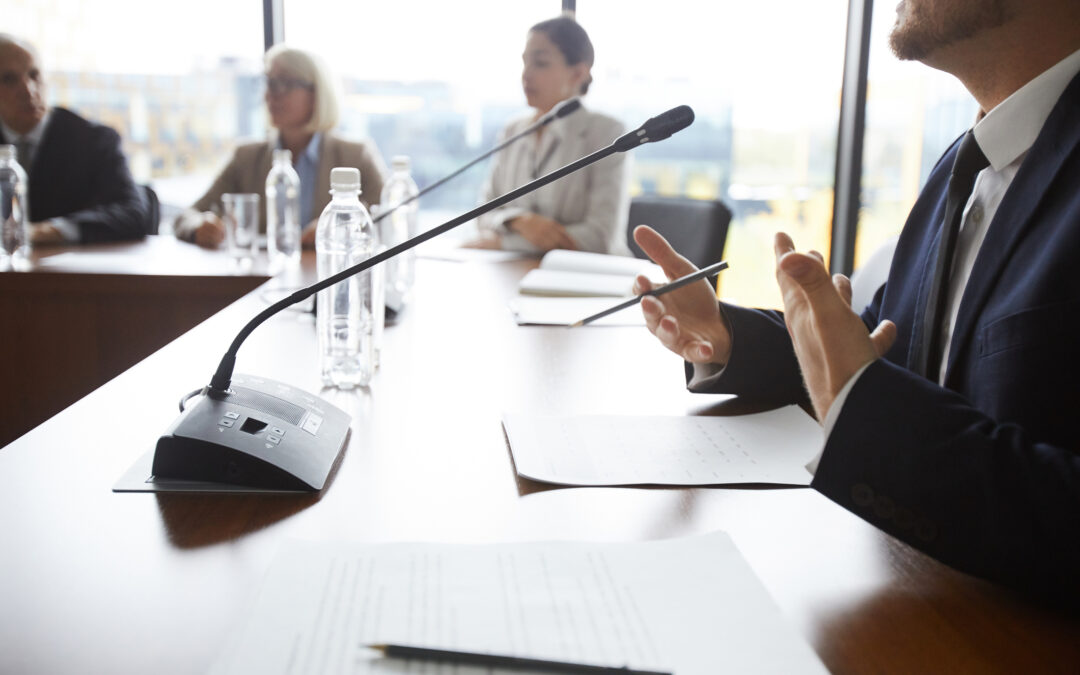 Holding its first mock oral arguments, the PTAB provided LEAP eligible participants with a unique opportunity to argue in front of PTAB judges.  On August 7, 2020, mock oral PTAB hearings were held virtually with 40 LEAP eligible participants from various law firms and 30 PTAB judges, including USPTO Director Andrei Iancu.  As participants, we gained valuable experience in preparing for and conducting an oral argument.  We received personalized feedback from the PTAB judges on our oral advocacy skills.  It is clear that the PTAB recognizes the need to develop and grow the next generation of patent attorneys and LEAP is one vehicle providing invaluable opportunities to do so.  Director Iancu’s participation along with many prominent PTAB judges demonstrates that the USPTO is dedicated to facilitating the growth of future professionals like us. We are hopeful for more opportunities to come with LEAP.

To kick off the oral arguments, USPTO Director Andrei Iancu, Chief Judge Scott R. Boalick of the PTAB, and current PTAB Bar Association President, Steve Baughman gave opening remarks.  Chief Judge Scott R. Boalick highlighted that to date, eleven (11) LEAP practitioners have argued before the PTAB with great success.  He also stated one of the goals from the mock oral arguments was to serve as a launch pad, where junior practitioners could get that first argument in front of the PTAB and hopefully convince senior attorneys and clients to argue actual cases moving forward.

Director Iancu encouraged all participants by reminding us that we are “the future of the profession.”  He stated that for the United States to maintain its technological edge, it was vital to broaden and support a wide range of practitioners.  And increased advocacy of the bar advances America’s invention ecosystem as a whole.  Thus, the purpose of the oral arguments was threefold: (1) to provide junior patent practitioners with real-life practice to develop oral advocacy skills in a low pressure environment, (2) to allow junior practitioners to gain familiarity with the structure and pace of a PTAB hearing, and (3) to provide junior practitioners with personalized feedback on their oral advocacy skills from real-life decision makers, PTAB judges.

Mock hearing record packets were sent out to participants three weeks before the hearing.  These packets were designed to focus our preparation solely on oral advocacy rather than writing.  The record included two primary issues: (1) whether a reference was a printed publication based on public accessibility, and (2) whether the secondary considerations of nonobvious weighed against a finding that the claim was obvious.  The patent at issue included one claim on a simplistic invention that was understandable regardless of our technical backgrounds.  The packet included an IPR petition, a patent owner’s response, and a petitioner’s reply.  It also included several declarations and other exhibits of evidence.  The case was designed such that no one side had a clear legal advantage, so that the case could turn on whoever had the better oral advocacy.

The Petitioner and Patent Owner were each represented by a team having two junior practitioners from different firms.  Coming from different firms and training backgrounds, we were able to combine forces and develop a joint advocacy strategy for our mock clients.  It was up to us as junior practitioners to determine how to best divide the oral argument to address both issues in the case.  We prepared by reviewing the record and relevant case law on public accessibility and secondary considerations, strategizing with our co-counsel, drafting our argument, and mooting our arguments several times over the three weeks leading up to the hearing.

The hearing itself progressed, for the most part, in the same manner as a real hearing.  The hearing was abbreviated to a total of one hour, with each party having 30 minutes to argue including any rebuttal.  The shortened length was due in part to the simplicity of the patent at issue.  Ultimately, as in a real hearing, it was up to us as counsel to determine how much time we used for opening argument and reserved for rebuttal.  Our two virtual hearing rooms included Vice Chief Judge Michael Tierney, Judge Annette Reimers, Judge Michael T. Cygan, Judge Stacey White, Judge Kevin Trock, and Judge John Kerins.  In another hearing room, Director Iancu exercised his statutorily designated position as a member of the PTAB under 35 U.S.C. § 6(a) and heard oral argument.  The Judges were all very familiar with the case and asked questions that probed us to see how we handled weaknesses in our argument.  All of the judges and practitioners were extremely respectful and courteous.

The personalized feedback we received from the judges was invaluable.  The judges recognized that often times junior associates are the most intimately familiar with the case.  Suggestions were made about our own personal styles as well as generalized advice on techniques for oral advocacy.  For example, one judge suggested each argument start off with a “why does this matter” segment summarizing the bigger picture of why the patent should remain in force or why it should be invalidated.  The judges found it enormously helpful when we provided direct page citations in the record and in the case law.  The judges mentioned that they are cognizant of potential appeals and want to be sure to support their decisions with foundation from the record.  The specificity during oral arguments can help them when writing the decision, such as pointing directly to the evidence and law that supports the outcome.  The judges also discussed the importance of answering questions directly and making the hearing feel like a conversation where the practitioner is helping them come to the right answer, rather than avoiding issues or masking the argument.  They also said that, on rebuttal, it was extremely effective to directly point to the other side’s argument and then directly state why the other side was wrong.

The first PTAB Mock Practicum was extremely rewarding.  We hope that the PTAB holds more events like these and highly encourage junior practitioners to take advantage of the opportunities available as part of LEAP.  The experience of actually standing up and giving the argument provided us with firsthand knowledge of how a hearing works and the confidence to stand up and advocate.