Are Inter Partes Review Proceedings Constitutional? The Federal Circuit Is Not Yet Ready To Decide 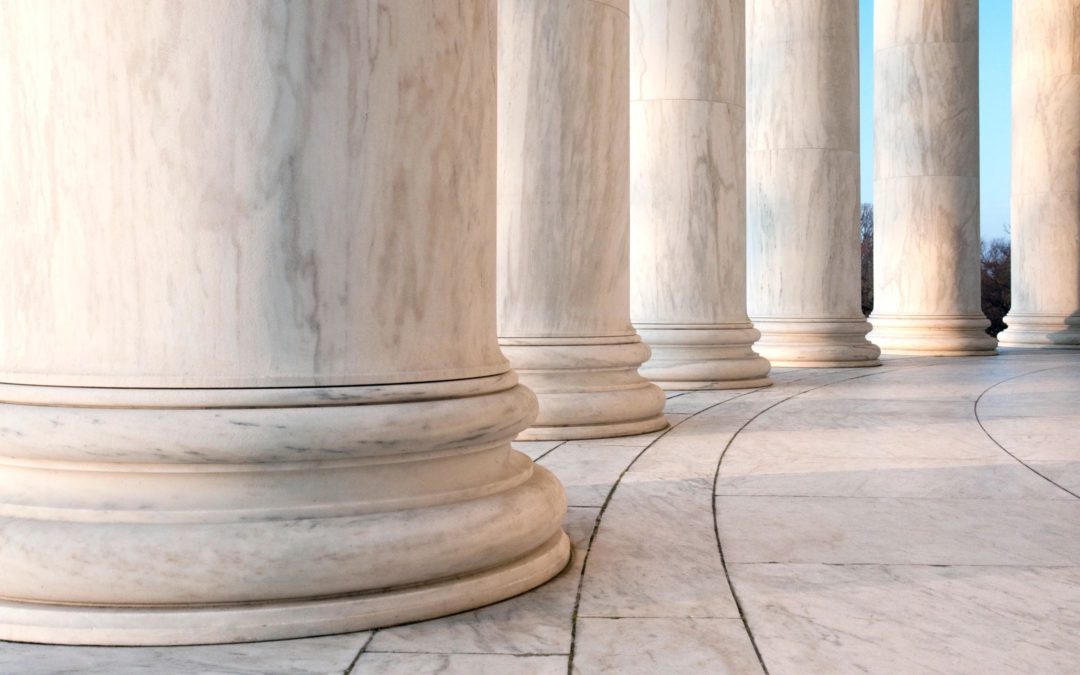 On May 11, 2017, with six of its twelve active judges authoring or joining separate opinions, the Federal Circuit denied a petition for an initial hearing en banc which asked the full Court to address the question “whether a patent right is a public right.”  In this case, Cascades Projection LLC v. Epson America, Inc., the petitioner (Cascades) contends that patent rights are not public rights and that the Patent Office therefore cannot revoke issued patents—arguing that inter partes review (“IPR”) “in its present form violates Article III of the United States Constitution (Separation of Powers), unless [IPR] outcomes are deemed advisory in the trial courts.”

A note on the unusual procedural posture in which this case was presented to the Federal Circuit:  Rehearings of panel decisions, en banc, are very rare—according to a fact sheet supplied by the Federal Circuit, “En banc petitions [are] accepted less frequently, in only 16 of more than 1100 requests.”  Initial hearings en banc—hearings before the entire Court before a three-judge panel hears the case—are even rarer birds than that.  Yet Cascades asked for such an initial hearing, presumably because the Federal Circuit’s panel decision in MCM Portfolio v. Hewlett Packard Co., 812 F.3d 1284, 1293 (Fed. Cir. 2015), had already resolved this question adverse to Cascades, and subsequent panels must follow prior panel decisions unless and until the prior precedent is overturned by the Court en banc (or by the Supreme Court).  So Cascades apparently calculated that there was no point in waiting to ask for en banc treatment of this issue.

Under what has become known as the “public-rights doctrine” of separation of powers, only a controversy involving public rights “may be removed from Art. III courts and delegated to legislative courts or administrative agencies for their determination.”  Northern Pipeline Construction Co. v. Marathon Pipe Line Co., 458 U.S. 50, 70 (1982).  “Private-rights disputes, on the other hand, lie at the core of the historically recognized judicial power.”  Id.  So the controversy raised by Cascades depends on whether patent rights are more accurately characterized as private rights or public rights.  If they are public rights, then an agency can revoke them.  If they are purely private rights, only an Article III court can.

Cascades’ petition placed significant reliance on the characterization of an issued patent as private property and on the Supreme Court’s decision in McCormick Harvesting Mach. Co. v. Aultman, 169 U.S. 606 (1898), where the Court stated that the “only authority competent to set a patent aside, or to annul it, or to correct it for any reason whatever, is vested in the courts of the United States, and not in the department which issued the patent.”  Id. at 609.  Both arguments have been seemingly rejected by the Federal Circuit.  Patlex Corp. v. Mossinghoff, 758 F.2d 594 (Fed. Cir. 1985), upheld the constitutionality of ex parte reexamination proceedings because “the grant of a valid patent is primarily a public concern.”  Id. at 604.  And the MCM panel rejected McCormick’s statement as inapplicable to IPRs, because McCormick’s statement merely reflected the fact that Congress at the time had not statutorily authorized the Patent Office to review issued patents.

Cascades’ petition argued that MCM was wrongly decided and inconsistent with Patlex.  According to Cascades, the premise of Patlex was that ex parte reexamination was actually just a continuation of prosecution, “a characterization inapplicable to IPR.”  Cascades further argued that McCormick made clear that permitting the Patent Office to cancel issued patents gave rise to separation-of-powers problems. Cascades’ petition for initial hearing en banc was supported by a number of amici.

The Federal Circuit nonetheless denied the petition for initial en banc hearing, with six of its 12 judges writing or joining separate opinions:

Curiously, none of the opinions nor Cascades’ reply addressed Epson’s argument that the Supreme Court’s decision in Cuozzo Speed Technologies, LLC v. Lee, 136 S. Ct. 2131 (2016), “specifically endorsed inter partes review as helping to ‘protect the public’s paramount interest in seeing that patent monopolies . . . are kept within their legitimate scope’” (quoting id. at 2144).

Coincidentally, just a few weeks ago, the (acting) Solicitor General filed a brief in opposition to certiorari at the Supreme Court in Oil State Energy Services, LLC v. Greene’s Energy Group, LLC, addressing the same issue.  Relying in part on Cuozzo, the Solicitor General maintained that “[p]atents are quintessential public rights,” and recommended denying a petition for certiorari premised on the argument that IPRs are not constitutional.

Nevertheless, the Federal Circuit’s fractured response shows that the Federal Circuit is not of one mind on this issue.  Should the Federal Circuit (either the panel, or the court en banc on rehearing) ultimately agree with Cascades, the entire AIA scheme for post-issuance review could be deemed unconstitutional, and be altered or scuttled entirely.  We will continue to monitor the progress of this case.