Patent Claims Must Be “Clear” At The PTAB: The Nautilus “Reasonable Certainty” Standard For Claim Definiteness Not Applied In AIA Post Grant Proceedings 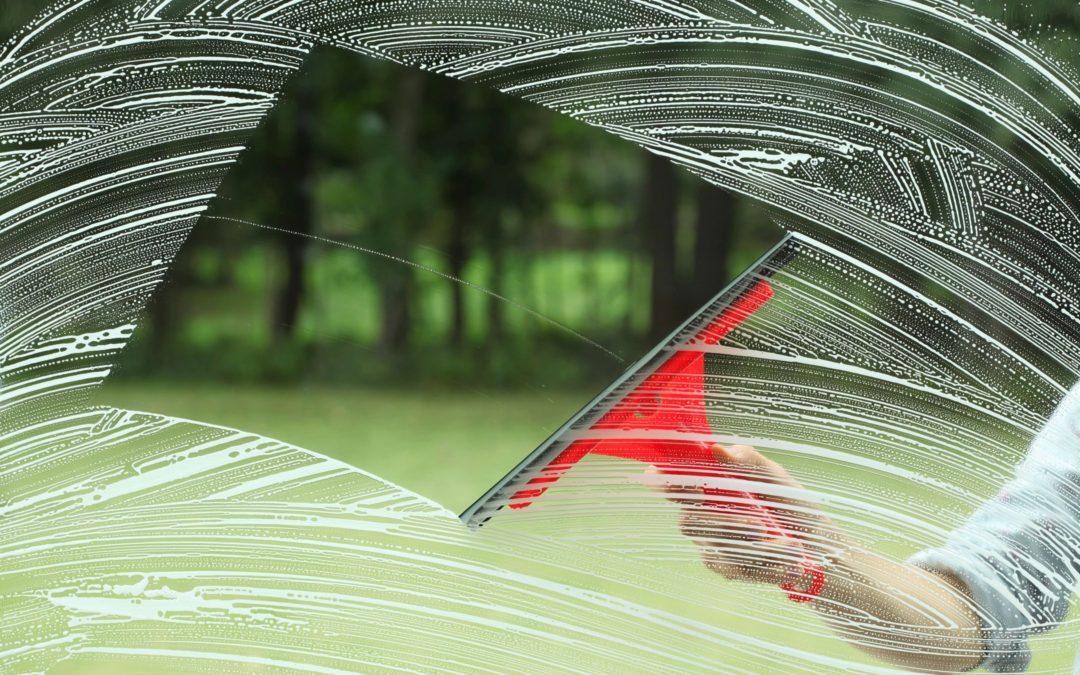 The definiteness requirement for patent claims is set forth in Section 112(b), mandating that a patent specification conclude with one or more claims “particularly pointing out and distinctly claiming subject matter which the applicant regards as his invention.”  35 U.S.C. §112(b).  In PGRs and CBMs, a patent claim can be challenged at the PTAB as being indefinite under § 112(b).  IPR petitions are limited to prior art challenges and cannot be based on § 112 grounds, although indefiniteness issues do occasionally arise in IPRs; for example, the PTAB has refused to institute or has terminated some IPRs upon finding the claims indefinite, preventing a comparison of the claims to the prior art.

In assessing a challenge under §112(b), the PTAB’s standard for indefiniteness is more demanding than the standard applied in the courts.

In 2014, the Supreme Court held in Nautilus that the Federal Circuit’s historical rule invalidating only those patent claims involved in litigation that were “not amenable to construction” or “insolubly ambiguous” under § 112(b) was incompatible with the public-notice requirements of patent law.  Nautilus, Inc. v. Biosig Instruments, Inc., 134 S. Ct. 2120, 2130 (2014).  The proper standard, according to the Supreme Court, requires “reasonable certainty”:  “In place of the ‘insolubly ambiguous’ standard, we hold that a patent is invalid for indefiniteness if its claims, read in light of the specification delineating the patent, and the prosecution history, fail to inform, with reasonable certainty, those skilled in the art about the scope of the invention.”  Id. at 2124.

A Lower Threshold Of Claim Ambiguity Applies During Pre-Issuance Examination At The USPTO.

While in post-issuance patent infringement cases the Supreme Court and Federal Circuit have not required “absolute clarity” in patent claims, a more demanding standard has traditionally been applied during pre-issuance examination before the USPTO.  In its precedential Ex Parte Miyazaki decision, the PTAB explained:

[W]e employ a lower threshold of ambiguity when reviewing a pending claim for indefiniteness than those used by post-issuance reviewing courts.  In particular, rather than requiring that the claims are insolubly ambiguous, we hold that if a claim is amenable to two or more plausible claim constructions, the USPTO is justified in requiring the applicant to more precisely define the metes and bounds of the claimed invention by holding the claim unpatentable under 35 U.S.C. §112 . . . as indefinite.

The USPTO, as the sole agency vested with the authority to grant exclusionary rights to inventors for patentable inventions, has a duty to guard the public against patents of ambiguous and vague scope.  Such patents exact a cost on society due to their ambiguity that is not commensurate with the benefit that the public gains from disclosure of the invention.  The USPTO is justified in using a lower threshold showing of ambiguity to support a finding of indefiniteness under 35 U.S.C. §112…, because the applicant has an opportunity and a duty to amend the claims during prosecution to more clearly and precisely define the metes and bounds of the claimed invention and to more clearly and precisely put the public on notice of the scope of the patent.

Id.  The PTAB acknowledged that a claim in an AIA post-grant proceeding is indefinite under Miyazaki if it “is amenable to two or more plausible constructions.”  Id.

In another recent PGR, the parties disputed the proper indefiniteness standard to be applied by the PTAB in post-grant proceedings.  See Telebrands Corp. v. Tinnus Enterprises, LLC, PGR2015-00018, Paper 75 (PTAB Dec. 30, 2016).  The patent owner argued that the Supreme Court’s “reasonable certainty” standard from Nautilus should be applied.  Id. at 11.  The petitioner contended that the Nautilus indefiniteness standard is limited to district court litigation and is inapplicable in AIA post-grant proceedings.  Id. at 13-14.

The PTAB sided with the petitioner, and determined that the proper standard for indefiniteness in an AIA post-grant proceeding comes not from Nautilus but rather from In re Packard, 751 F.3d 1307 (Fed. Cir. 2014):

In this post-grant review AIA proceeding, we apply the test for indefiniteness approved by the Federal Circuit in [In re Packard, 751 F.3d 1307 (Fed. Cir. 2014)], i.e., “a claim is indefinite when it contains words or phrases whose meaning is unclear.” We recognize that Packard involved a USPTO patent-examination matter.  We also recognize that subsequent to the Packard decision, the Supreme Court in Nautilus enunciated a differently worded definiteness requirement in the context of patent infringement litigation. We do not understand Nautilus, however, to mandate the Board’s approach to indefiniteness in patent examination or reexamination matters or in AIA proceedings, in which the claims are interpreted under the broadest reasonable interpretation standard, and an opportunity to amend the claims is afforded.   The test for indefiniteness approved in Packard, which is applied by the USPTO in patent examination, sets a threshold for indefiniteness that demands at least as much clarity, and potentially more clarity, than the Nautilus definiteness requirement.  See MPEP § 2173.02(I). We determine that the test for indefiniteness that is applied in patent examination and reexamination matters, approved in Packard, should be applied in this post-grant review AIA proceeding, rather than the Nautilus requirement.

Telebrands, Paper 75 at 16-18 (footnotes omitted).  According to the PTAB, the patent owner’s ability to amend the claims to correct any ambiguity during an AIA proceeding justifies an indefiniteness test that requires “potentially more clarity” than the Nautilus standard:

The different approaches to indefiniteness before the PTO and the courts stem from the distinct roles that the PTO and the courts play in the patent system.  In AIA proceedings, as in patent examination and reexamination matters, applying the broadest reasonable interpretation standard, coupled with an opportunity to amend the claims, is an approach that is fair to the patent holder and protects the public.  See Cuozzo, 136 S. Ct. at 2145–46; Packard, 751 F.3d at 1312–14.  This approach serves to ensure precision in patent claims, thereby helping the public to understand the limits of the claims and keeping the rights afforded by patents within their legitimate scope.  See Cuozzo, 136 S. Ct. at 2144–45; Packard, 751 F.3d at 1313.  Accordingly, among the reasons supporting application of the Packard-approved indefiniteness test in this AIA proceeding are those recognized by the Supreme Court in Cuozzo as supporting use of the broadest reasonable interpretation standard in inter partes review AIA proceedings.  See Cuozzo, 136 S. Ct. at 2143–2146.  Of these, the most important is the opportunity to amend the claims to correct any ambiguity.  See id. at 2145 (“The patent holder may, at least once in the process, make a motion to do just what he would do in the examination process, namely, amend or narrow the claim.”) (citation omitted); 35 U.S.C. § 326(d); 37 C.F.R. § 42.221.  An applicant’s ability to clarify claim language through amendment was a significant reason why the Federal Circuit in Packard approved of the indefiniteness test recited in the MPEP (i.e., a “claim is indefinite when it contains words or phrases whose meaning is unclear”).  Packard, 751 F.3d at 1313–14.

In AIA proceedings, then, the PTAB will evaluate whether a patent claim is “clear” (Packard) or is potentially “amenable to two or more plausible constructions” (Miyazaki), not whether the claim merely defines the scope of the invention with “reasonable certainty” (Nautilus).  The “claims are required to be cast in clear—as opposed to ambiguous, vague, indefinite—terms,” and a “claim is indefinite when it contains words or phrases whose meaning is unclear.”  Packard, 751 F.3d at 1313-14.  As the  PTAB recognized in Telebrands, the Packard standard “demands at least as much clarity, and potentially more clarity, than the Nautilus definiteness requirement.”  Miyazaki also sets the bar higher than Nautilus, with several PTAB panels observing that “[a] claim term that does not satisfy the definiteness requirement under Nautilus likewise fails to satisfy the definiteness requirement of Miyazaki.”  See, e.g. Medshape, Inc. v. Cayenne Med., Inc., IPR2015-00848, Paper 9 at 8 (PTAB Sep. 14, 2015).  This means that § 112(b) challenges that might not succeed (or might not even be raised) in a district court litigation might nevertheless be successful in a post-grant proceeding before the PTAB.