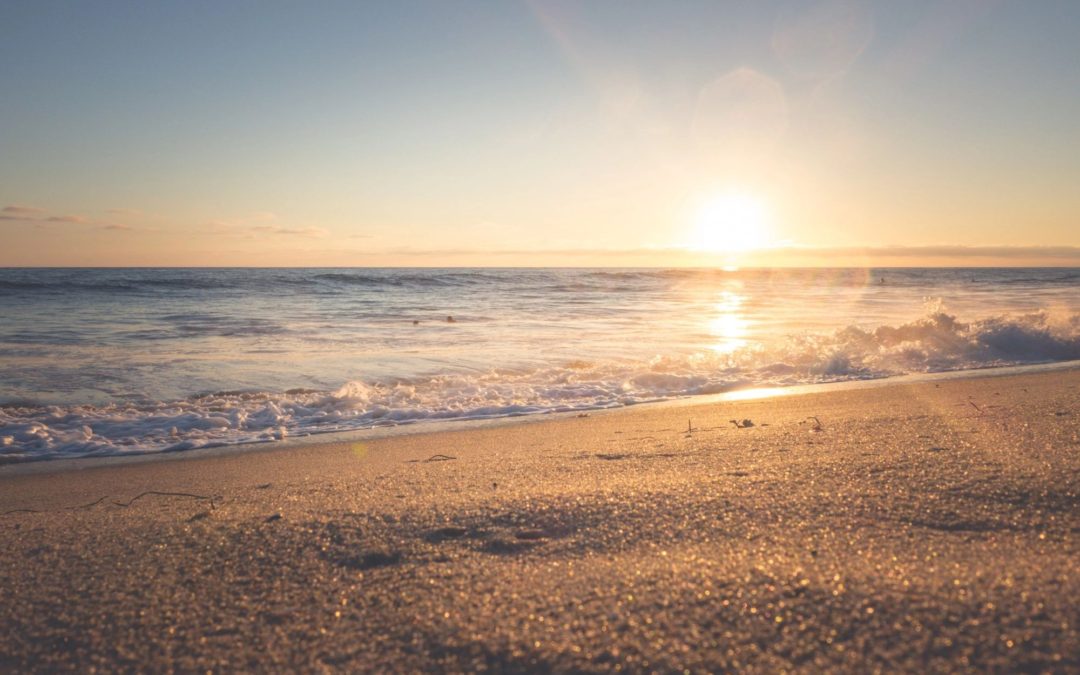 Claim amendments in IPRs are statutorily authorized by the AIA. 35 U.S.C. § 316(d)(1) provides that “[d]uring an inter partes review instituted under this chapter, the patent owner may file 1 motion to amend the patent in 1 or more of the following ways: (A) Cancel any challenged patent claim [or] (B) For each challenged claim, propose a reasonable number of substitute claims.”  The claims may be amended but not broadened in an IPR, as § 316(d)(3) further dictates that “[a]n amendment under this subsection may not enlarge the scope of the claims of the patent or introduce new matter.”

The Current PTAB Rules For Claim Amendments. The PTO has promulgated rules imposing specific requirements on proposed claim amendments. See 37 C.F.R. § 42.121.  Of note, the patent owner is required to confer with the PTAB before filing a motion to amend, and under Rule 42.121(a)(3) an amendment is presumptively limited to one substitute claim to replace each challenged claim.  Also, a motion to amend may be denied under Rule 42.121(a)(2) if the proposed claim amendment “does not respond to a ground of unpatentability involved in the trial” or “seeks to enlarge the scope of the claims of the patent or introduce new subject matter.”

Because a proposed claim amendment is submitted via a motion by the patent owner, the PTAB has applied another of its general procedural rules, 37 C.F.R. § 42.20(c), to motions to amend. Rule 42.20(c) generally provides that “[t]he moving party has the burden of proof to establish that it is entitled to the requested relief.”  In the context of a motion to amend the claims, the PTAB has held that Rule 42.20(c) “places the burden on the patent owner to show a patentable distinction of each proposed substitute claim over the prior art.” Idle Free Systems, Inc. v. Bergstrom, Inc., IPR2012-00027 (Paper No. 26), 2013 WL 5947697 (PTAB June 11, 2013).  The expanded six-judge PTAB panel in Idle Free further described the patent owner’s required showing for entry of a proposed claim amendment as follows:

Claim Amendments Have Rarely Been Granted. In practice, satisfying the burden of establishing the patentability of amended claims has proven difficult for patent owners.  With the PTAB’s current approach to claim amendments, a patent owner may be required to address numerous prior art references and to negate a host of conceivable theories of unpatentability, all within the PTAB’s strict page-limit requirements.

The Patent Owner’s Opening En Banc Brief.  Regarding Question 1, the patent owner in Aqua Products argues that the PTAB’s placement of the burden of proof for amended claims on the patent owner is contrary to 35 U.S.C. § 316(e), which provides:

Evidentiary Standards.— In an inter partes review instituted under this chapter, the petitioner shall have the burden of proving a proposition of unpatentability by a preponderance of the evidence.

The patent owner maintains that this provision of the AIA places the ultimate burden on the petitioner—not the patent owner—of proving the unpatentability of any patent claim in an IPR, whether an original claim or a proposed amended claim.

Regarding Question 2, the patent owner in Aqua Products argues that the PTAB may not sua sponte raise patentability challenges to a proposed amended claim if the petitioner fails to do so, or does so inadequately.  The patent owner primarily relies on the Federal Circuit’s panel decision in In re: Magnum Oil Tools, which found “no support for the PTO’s position that the Board is free to adopt arguments on behalf of petitioners that could have been, but were not, raised by the petitioner during an IPR.  Instead, the Board must base its decision on arguments that were advanced by a party, and to which the opposing party was given a chance to respond.”  2016 WL 3974202 (Fed. Cir. July 25, 2016) (“[W]hile the PTO has broad authority to establish procedures for revisiting earlier-granted patents in IPRs, that authority is not so broad that it allows the PTO to raise, address, and decide unpatentability theories never presented by the petitioner and not supported by record evidence.”).

The PTO’s En Banc Brief.  The PTO, as intervenor, submitted its en banc brief on October 26, 2016.  The PTO defended its adopted approach to claim amendments as a reasonable interpretation of the AIA, and asserted that the PTO’s rulemaking regarding amended claims is entitled to Chevron deference to the extent the AIA contains any ambiguity.

In urging the Federal Circuit to answer “yes” to Question 1, the PTO argued that it “may place the burden of persuasion on the patent owner to demonstrate patentability of the proposed claims because the Director is delegated the authority to establish ‘standards and procedures’ for amendments (which include burdens of proof) under 35 U.S.C. § 316(a)(9).” The PTO maintained that § 316(e)’s assignment of the burden of proof to the petitioner applies only to original patent claims, not to proposed amended claims because “§ 316(e) never mentions amended claims” and “§ 316(e) speaks only to the petitioner’s burden of proving the unpatentability of existing claims; it does not specify who has the burden of proving the patentability of new, never-before-examined substitute claims.”  The PTO likened its rules for IPR claim amendments to the historical practice for amending claims in the interference context, and as therefore consistent with “the USPTO’s longstanding policy of making the patent owner bear the burden of proof when the [PTAB] does not have the ability to examine a claim.”  The PTO also pointed to its statutory obligation in § 318(a) to “issue a final written decision ‘with respect to the patentability’ of both original claims and ‘any new claim added under section 316(d),’” and the statutory command in § 318(b) “to publish a certificate incorporating ‘any new or amended claim determined to be patentable.’”  The PTO reads these provisions of the AIA as requiring the PTAB to affirmatively “decide whether amended claims are patentable.”  But since “inter partes review was not designed to have the Board play the role of an examiner,” and since “Congress understood that neither petitioners nor the [PTO] can or should be relied on to demonstrate patentability of the patent owner’s proposed new claims,” the PTO has properly placed the burden of proof for claim amendments on the patent owner.

Regarding Question 2, the PTO explained that the PTAB currently only makes a determination of whether or not the patent owner has met the burden of persuasion in demonstrating the patentability of a proposed amended claim. But the PTO’s position is that it could open the door to sua sponte PTAB patentability challenges via rulemaking: “[G]iven the USPTO’s broad authority to set procedures for IPRs, and as a tribunal presiding over a litigation-like proceeding, the USPTO could adopt rules allowing the [PTAB] to sua sponte raise a proposition of unpatentability regarding an amended claim in order to further IPR’s goal of keeping patents ‘within their legitimate scope.’”  As for the burdens of proof that would apply in this situation, the PTO argued that “pursuant to the Director’s expansive rulemaking authority with respect to the standards used in connection with deciding motions to amend, the USPTO may place the burden of persuasion and/or production on either party, or on the USPTO itself.”  The PTO acknowledged, however, that the court’s decision on Question 1 may dictate the answer to Question 2.  In this regard, the PTO conceded that if the en banc Federal Circuit determines in answering Question 1 that § 316(e) “unambiguously places a burden on the petitioner to prove unpatentability of any proposed claim that a patent owner presents in a motion to amend, [then] the answer the Court’s second question would effectively be no.”

Amicus Briefing, Round One. The Federal Circuit received an initial round of friend-of-the-court briefs in early-October 2016 either supporting the patent owner Aqua Products or supporting neither party. Jones Day was pleased to author the amicus brief to the en banc court submitted by the Intellectual Property Owners Association (IPO).  Other amicus briefs were submitted by AIPLA, the Biotechnology Innovation Organization (BIO), Pharmaceutical Research & Manufacturers Of America (PhRMA), the Houston IP Law Association, and the Case Western Reserve University School Of Law IP Venture Clinic and the Ohio Venture Association.

The Remaining Schedule. The patent owner’s reply brief is due on November 10, 2016.  The en banc Federal Circuit will hear argument on December 9, 2016, and a decision is expected in early-2017.

Takeaway.  The outcome in Aqua Products may have a significant impact on the PTAB’s going-forward handling of AIA post-grant proceedings.  The ability to amend patent claims in an IPR may be critically important to patent owners in some cases, and shifting the burden of proof to the petitioner to prove the unpatentability of proposed amended claims would increase the likelihood of success for patent owners.  And while the Aqua Products case involves claim amendments in the context of an IPR, the ruling by the en banc Federal Circuit will undoubtedly be extended to proposed amended claims in PGRs and CBMs, given the parallel statutory and regulatory provisions governing those other post-grant proceedings. See 35 U.S.C. §§  326(d), 326(e) and 37 C.F.R. § 42.221.