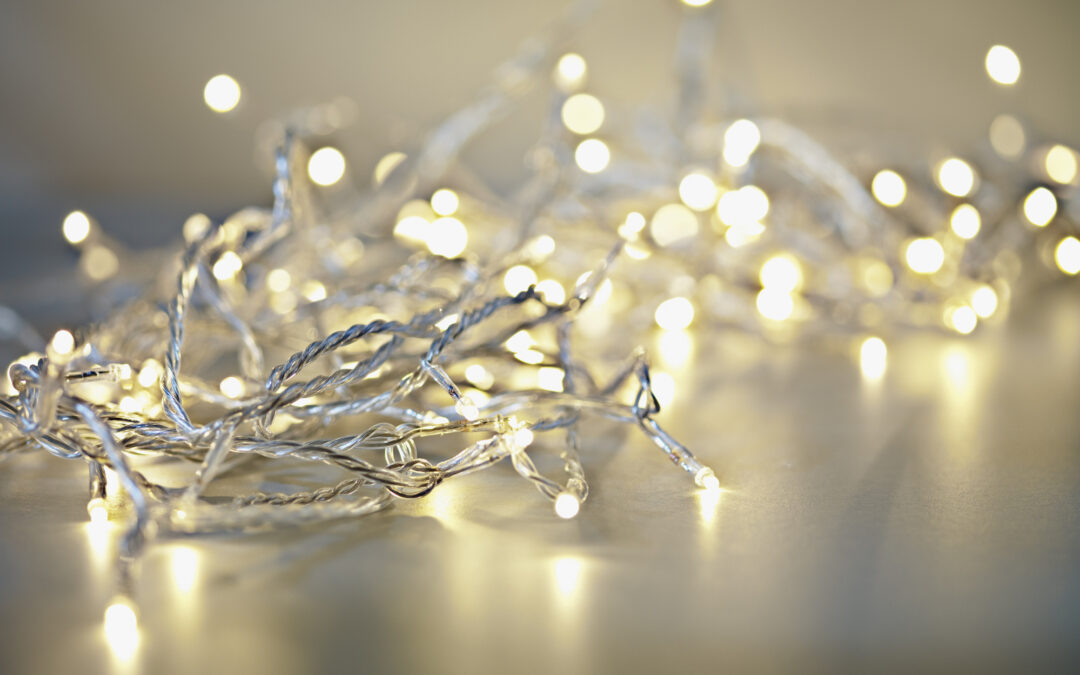 Willis Electric Co., Ltd. (“Willis Electric”) owns U.S. Patent No. 10,222,037 (the “’037 Patent”), titled “Decorative lighting with reinforced wiring.”  The ’037 Patent claims a decorative lighting design involving a strand of polymer running internally along the axis of a single wire—a design that avowedly reduces material costs, bulk, and weight while retaining strength.  The ’037 Patent is replete with festive figures, two of which are shown below for illustration.  According to the ’037 Patent, previous methods of wire reinforcement involved using twisted pair wires, using thicker wires, or supporting wires externally. 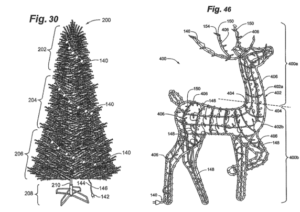 In August 2019, Everstar Merchandise Co., Ltd (“Everstar”) petitioned for post-grant review of all claims of the ’037 Patent.  Everstar alleged that the claims are unpatentable over the combination of two prior art patents, U.S. Patent No. 6,367,951 to Kumada (“Kumada”) and U.S. Patent No. 8,692,120 to Debladis (“Debladis”).  Kumada discloses a net light design, and Debladis discloses a design for an internally reinforced electrical wire.  In its petition, Everstar asserted that a person of ordinary skill in the art would be motivated to combine Kumada and Debladis to increase the strength and durability of decorative lighting.

The PTAB instituted post grant review of the ’037 Patent on February 20, 2020.  The Board noted that the combination of Kumada and Debladis would result in “the predictable and desirable result of a more durable wire,” in part because each prior art patent discloses the desire to reduce manufacturing costs while retaining mechanical strength.  Debladis teaches this by placing a reinforcing strand internally within a wire strand.  However, Debladis only explicitly discloses use of the cable in the automotive industry.

In its patent owner response, Willis Electric addressed the PTAB’s institution decision and claimed that Debladis only taught a reduction in costs by removing wire that is unnecessary for signal transmission.  Willis Electric noted that Everstar “d[id] not argue that the amount of copper in the intermediate wires of Kumada would be reduced.”  In reply, Everstar argued that a person of ordinary skill in the art would have been motivated to incorporate the wire design of Debladis into the lighting system of Kumada.  Doing so, according to Everstar, would reduce costs by decreasing the total amount of copper used in the net light system.

The court agreed with Everstar:  “Here, the Board should have considered cost reduction in its motivation to combine analysis because the record shows that increased wire strength and reduced material cost are intertwined benefits of the claimed invention.”  Furthermore, Everstar noted in its petition that Kumada teaches this inverse relationship.  The court found that in view of the record establishing the correlation between wire strength and material cost, Everstar’s cost reduction argument constituted a “fair extension of its previously raised arguments” and “directly addresse[d] issues raised in Willis Electric’s preliminary response and post-institution response, as well as in the Board’s institution decision.”  Accordingly, the court vacated the Board’s decision and remanded for further proceedings in which cost reduction is considered.

Petitioners are not necessarily limited to arguments expressly raised in petitions.  Parties should prepare not only for responses to initial arguments, but also for logical extensions of those arguments that could be raised throughout a post-grant proceeding.